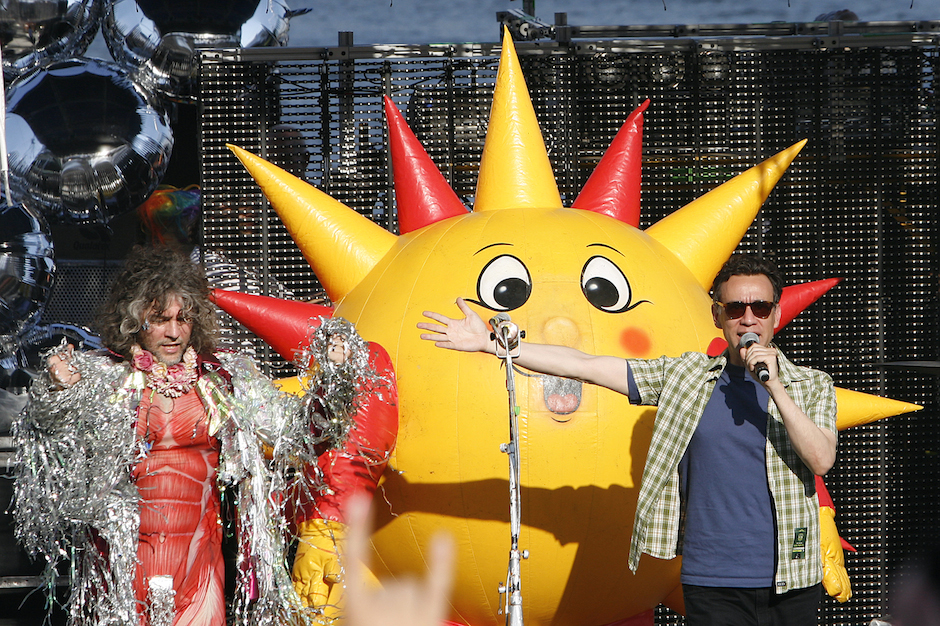 Members of bands including Guns N’ Roses, the Stray Cats, and the Alarm will join forces with musician-turned-comedian-turned-Late Night musician/comedian Fred Armisen for a one-night-only Hollywood show as supergroup Dead Men Walking.

The Living End’s Chris Cheney and the Damned’s Captain Sensible round out a roster that also includes Slim Jim Phantom (Stray Cats), Mike Peters (the Alarm), and Duff McKagan (Guns) for the September 14 show at Los Angeles’ Troubadour. The group plans to perform a set list including songs by individual members, “old favorites,” and some newly created material as well. Special guests are promised, and if Armisen’s other recent live shows are any indication, that could mean a stellar night of rockers, comedians, and some of punk’s founding fathers.

Tickets for the show go on sale this Friday. Maybe McKagan and the gang will reinterpret an Arcade Fire song in the wake of the Grammy winners’ recent Guns N’ Roses cover. Or they’ll all become DJs in tribute to one of the best Portlandia skits of all time.