As the Foo Fighters’ get closer to releasing their eighth album, the band is offering up some teasers that all have one thing in common—the number eight. We already knew they’d recorded eight songs in eight cities, a process they documented for their eight-episode HBO series Sonic Highways, and this week they led fans on an Internet scavenger hunt to piece together the below image, which features landmarks from the cities they hit as well as, yep, the number eight hidden throughout the design. Now, on August 8, (a.k.a. 8/8), the band released its first musical snippet from the LP in a video that lasts for, you guessed it, eight seconds. It features only Dave Grohl screaming “All rise!” and most likely shredding his throat in the process. On Facebook, Foo Fighters said to expect some big news on Monday, so maybe we’ll find out what the new album is called and whether or not that’s the album cover. Some fans are speculating they’ll call the album 8, but we’re holding out hope for 8 Track. 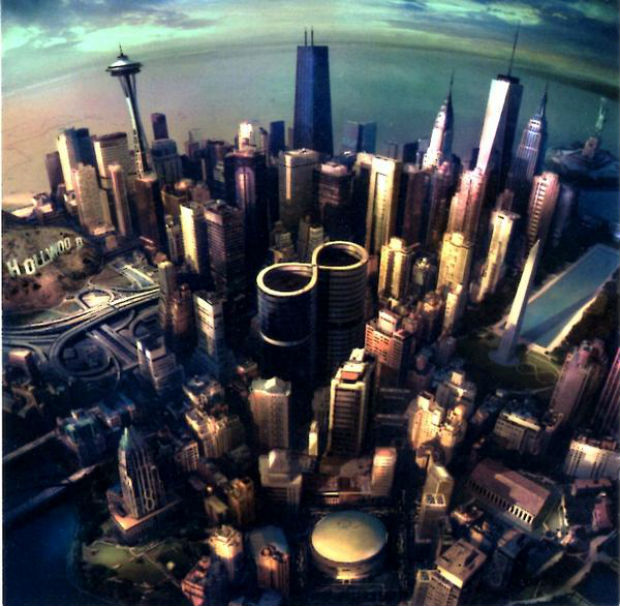