From 'The Physical World' out September 9 on Last Gang Records 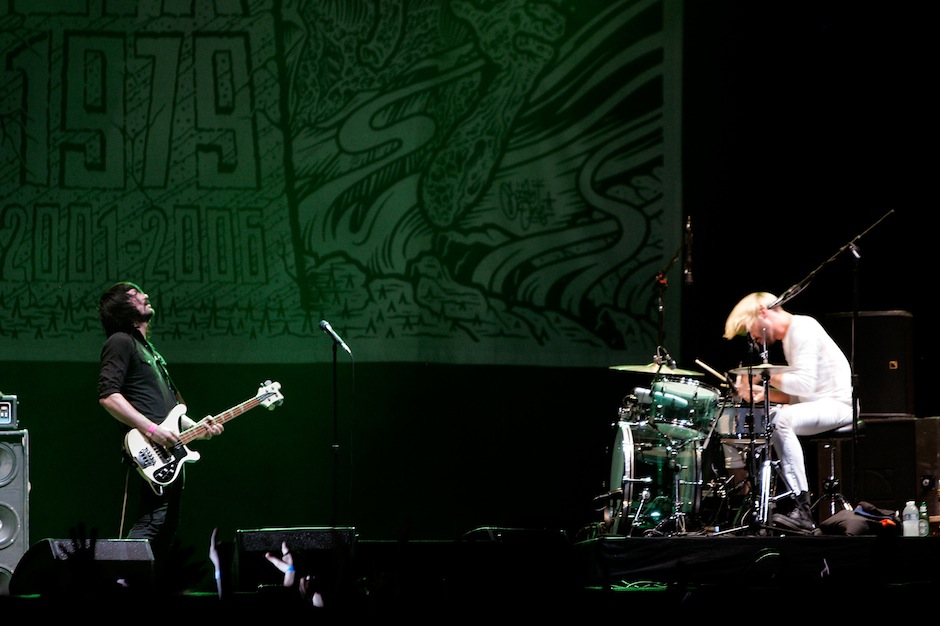 Doomy duo Death From Above 1979 are set to return with The Physical World, their first album since 2004’s You’re a Woman, I’m a Machine, next month. The nearly 10-year wait for the Toronto band’s sophomore album has gotten a little easier today with the release of the second single from that set, “Government Trash.” At a show last week at Los Angeles’ Troubadour, they handed out CD-rs of the track and it trickled onto the Internet over the weekend.

Like “Trainwreck 1979,” this one kicks off with some downcast dance-rock, but from there things get a little unhinged. Sleazy, distorted basslines collide with rattling lo-fi drum beats while the duo unleashes some throat-scorching vocalizations. Sebastian Grainger and Jesse Keeler are definitely back, even if they’ve sort of made it seem like they don’t want to be. Listen in here:

Death From Above – “Holy Books”