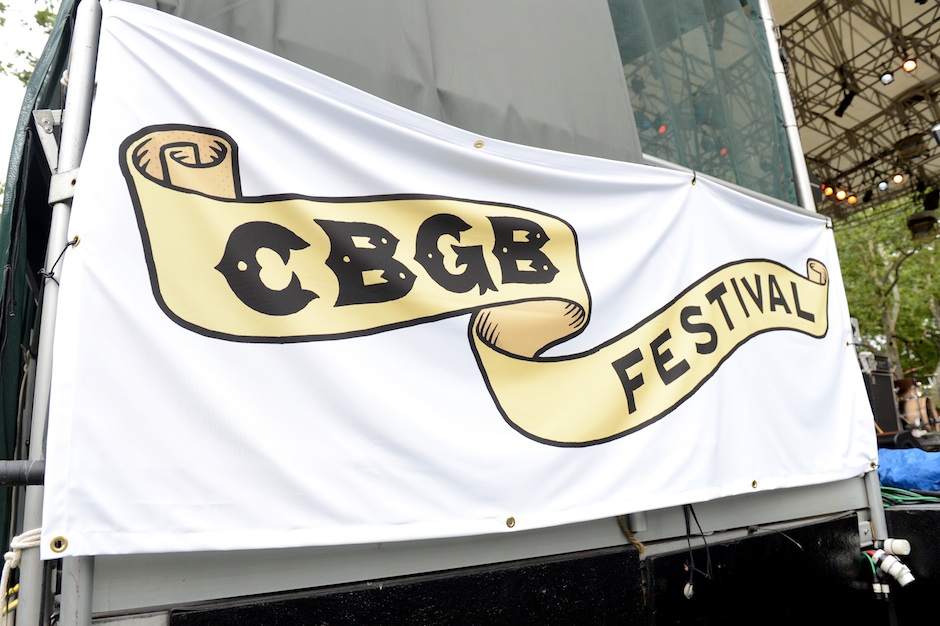 The iconic CBGB, despite closing its doors in 2006, forges forward with the announcement of the 3rd annual CBGB Music and Film Festival — the five-day event will take place across New York City October 8 through 12. The event is the only one of its kind to focus on music-centric movies, with last year’s fest premiering over 50 films including Academy Award winner 20 Feet From Stardom.

The revelry will also include live performances, new music, industry talks, and special events to all be held at an array of theaters, clubs, galleries, private spaces, roof tops, and hotels all the way from Williamsburg to Times Square. The headquarters — a 35,000 square-foot converted warehouse dubbed Center 548 — will host the CBGB Icon Awards, music-themed art exhibitions, concerts, comedy performances, and more.

CBGB Co-Owner Tim Hayes added to the statement a quote regarding their commitment to nurturing creativity, with or without four walls to hold it: “We continue to support emerging and established talent who represent music and film in all their forms. For us, music transcends space and sharing it with fans in a unique form is something we are very passionate about.”

Tickets range from $10 to $50 and are available at CBGB.com, with much more to be announced. Check out our past coverage of the CBGB festivals featuring performances by My Morning Jacket and Grizzly Bear.