The Killers' frontman has enlisted producer Ariel Rechtshaid for the endeavor 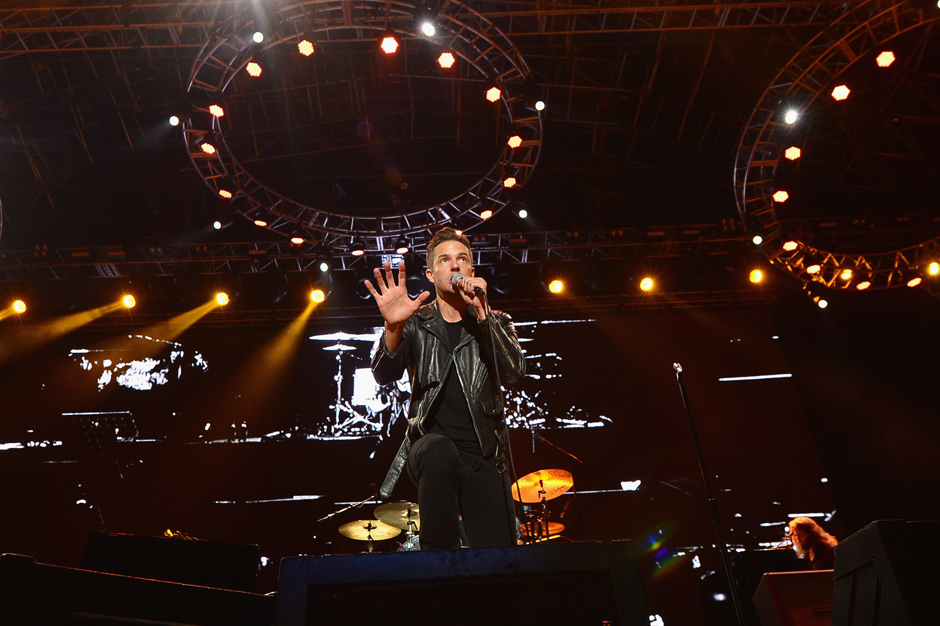 Brandon Flowers has taken a break from covering Iggy Azalea’s inescapable “Fancy” with the Killers to begin recording his second solo album, set for release sometime in 2015. Enlisting Haim and Sky Ferreira’s producer/frequent collaborator Ariel Rechstaid to helm, Flowers spoke to NME about the recording process and said that “the record’s not done yet, but I’m excited about it… I’m liking it.” Apparently, the Grammy-nominated Rechstaid is also pushing the singer out of his comfort zones on the new record, which is probably good news for anyone who heard Flowers’ debut solo album, Flamingo. “Normally I make demos and they’re pretty similar to how the song ends up,” the “Mr. Brightside” singer told NME. “At first we were butting our heads together, but now we’re hitting it off.” Keep an eye out for new Flowers’ material in the coming months.