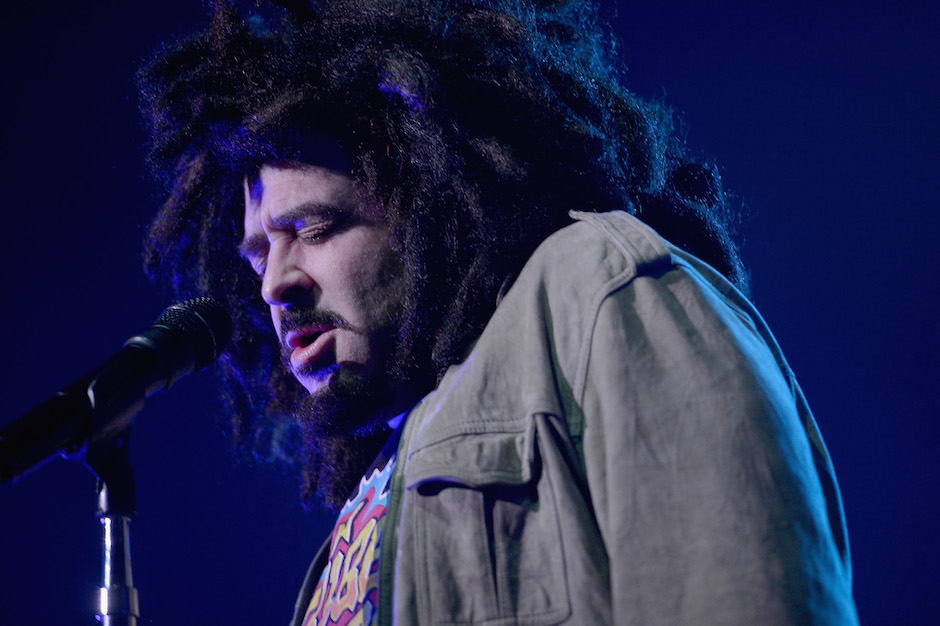 “NYC. Grew up in Berkeley. I…ummm…I cannot think of anything else to say,” begins Adam Duritz’s Tinder bio, which might be the saddest online dating profile music fans have ever seen. Of course, that may not matter much for the single Counting Crows frontman, considering his legendary dating history which allegedly includes Winona Ryder, Jennifer Aniston, Courteney Cox, Mary-Louise Parker, and maybe Gwen Stefani (to name but a very few).

And what might’ve been quickly dismissed as a hoax was instead confirmed by Duritz, who Instagrammed a screenshot of his Tinder page late last night with the caption “Seriously? Is there anyone who’s NOT on Tinder? It’s my favorite video game…well, that or Floppy Bird.” We assume he meant Flappy Bird, unless what he said is some weird sex thing. Anyhow, according to the Counting Crows’ Twitter, the band is currently in San Diego, so any interested single SoCal ladies should get to Tindering.

Last week, the singer scored the (fake) cover of AARP Magazine in celebration of his 50th birthday.