From 'Everything Will Be Alright in the End' out September 30 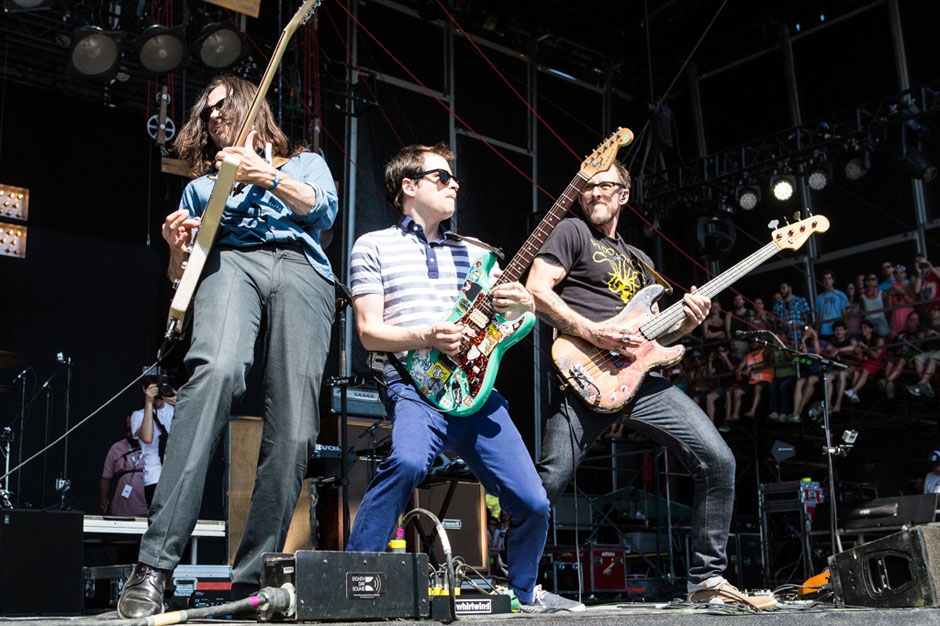 Between the reunion with producer Ric Ocasek, the return to roots teasers, and assurances that this new album will be like The Blue Album and Pinkerton, Weezer seem pretty intent on positioning Everything Will Be Alright in the End as a revival of the sound of their early records. Today they’ve shared the first single from that record “Back to the Shack,” which, lyrically at least, goes even farther in that nostalgic direction.

We first heard a live version of this single back on February’s Weezer Cruise. It presumably details a number of Rivers Cuomo’s career missteps including “[forgetting] that disco sucks,” and failing to “[rock] out like it’s ’94,” and some possible remedies (“Maybe I should play the lead guitar and Pat should play the drums”).  The song features some of the same pop sheen that marked recent records, but the anthemic choruses and guitar anti-heroics certainly live up to Cuomo and co.’s promises. Listen to the studio recording below, and look out for the July 23 episode of The Tonight Show Starring Jimmy Fallon, when the band will play the track live.

Everything Will Be Alright in the End is due out September 30 on Republic.