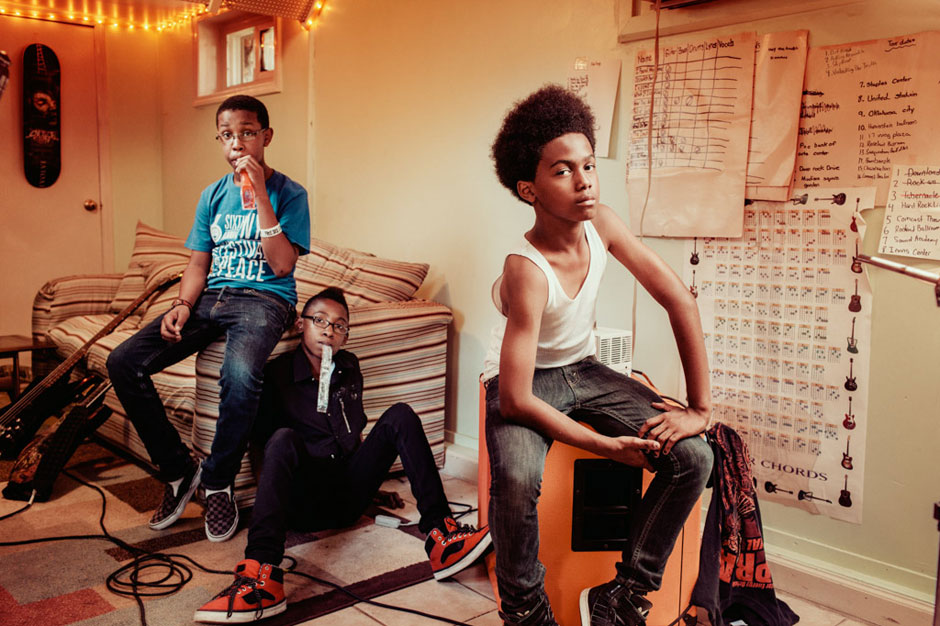 CREDIT:Photo by Adam Krause for SPIN

With recent sets at Warped tour and this year’s installment of Coachella, the Brooklyn teens in the metal trio Unlocking the Truth have come a long way since their first shows busking in New York City parks. But Saturday, guitarist Malcolm Brickhouse, 13, bassist Alec Atkins, 13, and drummer Jarad Dawkins, 12, made even more strides forward, signing a record deal with Sony that’s potentially worth $1.7 million, according to The New York Daily News.

The former SPIN profile subjects are tied into a guaranteed two-album deal that with a $60,000 advance on their first album and up to a $350,000 advance on their second. If Sony picks up all of the options on the six-record contract, the mini-metalheads could snag the full multi-million dollar figure.

Grammy award-winning drummer Steve Jordan (who’s worked with the likes of Stevie Wonder, Neil Young, and Eric Clapton among a whole host of others) discovered the teens—and tween—back in 2012 when they were playing a short set in Washington Square Park. Now, they’re managed by Welcome Back, Kotter co-creator Alan Sacks, and with a couple of industry veterans behind them they’re poised to make even more moves. The Daily News also notes that the trio also has a book deal with Penguin, due around Christmas. A documentary detailing their rise to success is in the works as well.

When we spoke to the band last year, they told us that they’d like to retire at 70, so even something goes awry with this massive deal, they’re going to have a whole lot of time to keep trying.