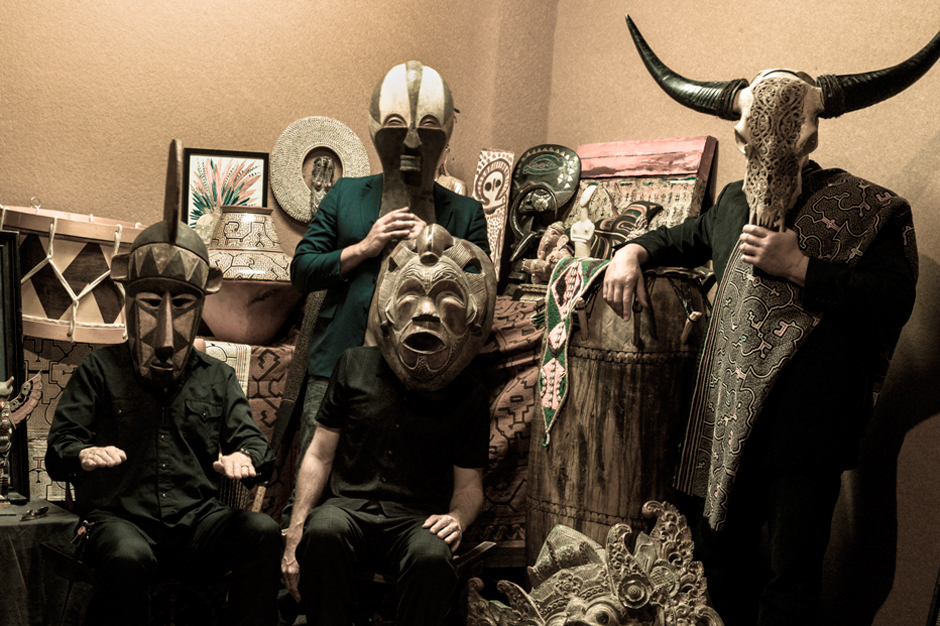 To look at the photo above, you’d assume the four fellas of Tuatara to be sensitive about their identities, but the mystery is in the music. The far-out post-rock/jazz-funk group’s forthcoming Underworld album is peopled thusly: mastermind/drummer Barrett Martin (Screaming Trees), guitarist Peter Buck (R.E.M.), bassist Justin Harwood (Luna, the Chills), and sax-man Skerik (Critters Buggin, Les Claypool), with none of than Pearl Jam’s Mike McCready as the special guest guitarist for the set. The band’s been doing their thing since 1996, and that deeply dug groove can be felt in spades on “Snakecharmer” below. As the saxophone climbs and the rhythm section digs, we hear a vibes-fed noir-ish sound not unlike that found on records by Tortoise and Jaga Jazzist. “Fake jazz” legend John Lurie looms large over the proceedings too, but Tuatara blaze their own trail somewhere between exotic earth and outer space.