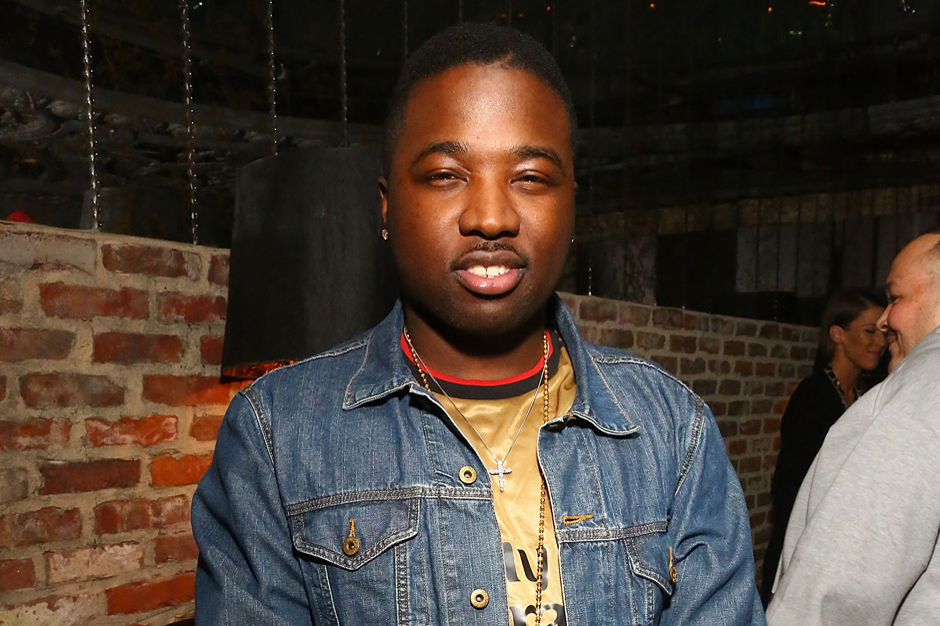 Thanks to past SPIN contributor Noz, it’s come to our attention that Troy Ave has a patently offensive obsession with a hypothetical situation in which one must choose between a gay son or a mentally disabled one (and sometimes a “whore daughter” or “crack head” for the sake of variation). For instance:

You see, the 28-year-old New York City rapper — most recent album inclusively titled New York City: The Album — Tweeted some variation of the same twisted either/or question numerous times from 2009 into late 2012, presumably due to inconclusive polling. That said, it appears he’s had his own mind made up on the matter since the summer of 2010:

#WatsWorst Having a Gay Son Or Having A Mildly Retarded son ??? Be Honest

The grown man born Roland Collins is known for his bizarre tweets. Journalist Craig Jenkins has compiled many of those at The Gospel According to Troy. But this series inspires its own binary query: Which is more disgusting and unsettling — the question itself, or Troy’s obsession with it? Noz retweeted the batch of tweets screen-capped below. Refresh Twitter’s advanced search for updates; the guy is overdue. 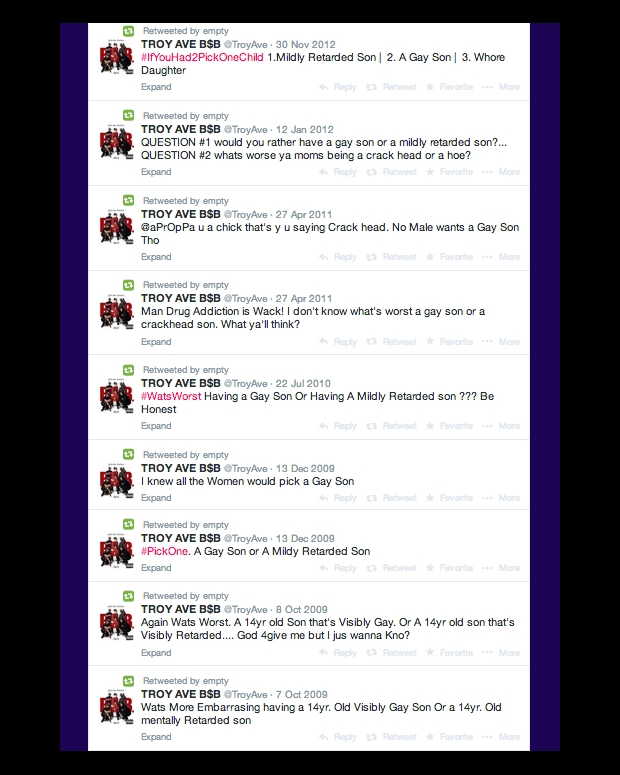