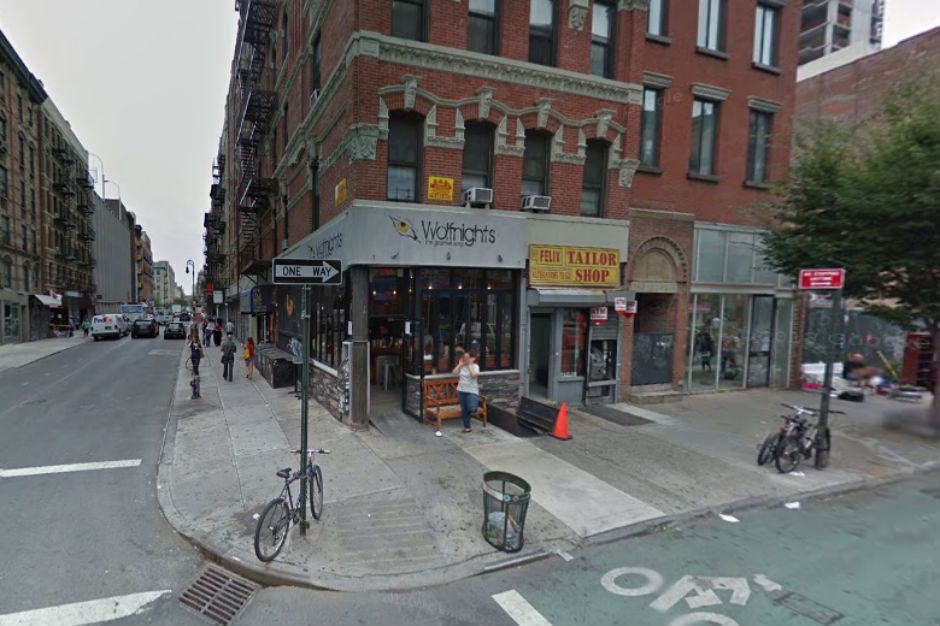 Back in January, a New York City community board rejected one hip-hop lover’s proposal to rename an intersection Beasties Boys Square, right where the cover photo for their second album Paul’s Boutique was shot. Thanks to some bureaucratic BS, the mastermind, LeRoy McCarthy, will have to wait another five years to get that honor for the iconic hip-hop trio, but he’s cooked up a pretty cool consolation prize.

In case you didn’t realize it, today, July 25, marks the 25th anniversary of the LP’s release, and as a birthday present, artist Danielle Mastrion will paint a mural of the cover shot at the intersection of Ludlow and Rivington on the Lower East Side. Beginning at 11 a.m. ET on July 26, Mastrion will begin work on the tribute on the side of Wolfnights restaurant, which sits at 99 Rivington, the site of the long-gone boutique. Fans are welcome to come by to watch him in action.

This tribute comes nearly 15 months after a Brooklyn Heights playground was renamed Adam Yauch Park, in honor of the late great member also known as MCA. McCarthy, meanwhile, is also petitioning a Brooklyn community board to approve Christopher Wallace Way after Notorious B.I.G., though he’s facing strong opposition due to the slain rapper’s criminal history.

To celebrate the Paul’s Boutique anniversary, we recommend that not only do you crank up the album, but check out video of the record release party and behind-the-scenes photos from the recording sessions.