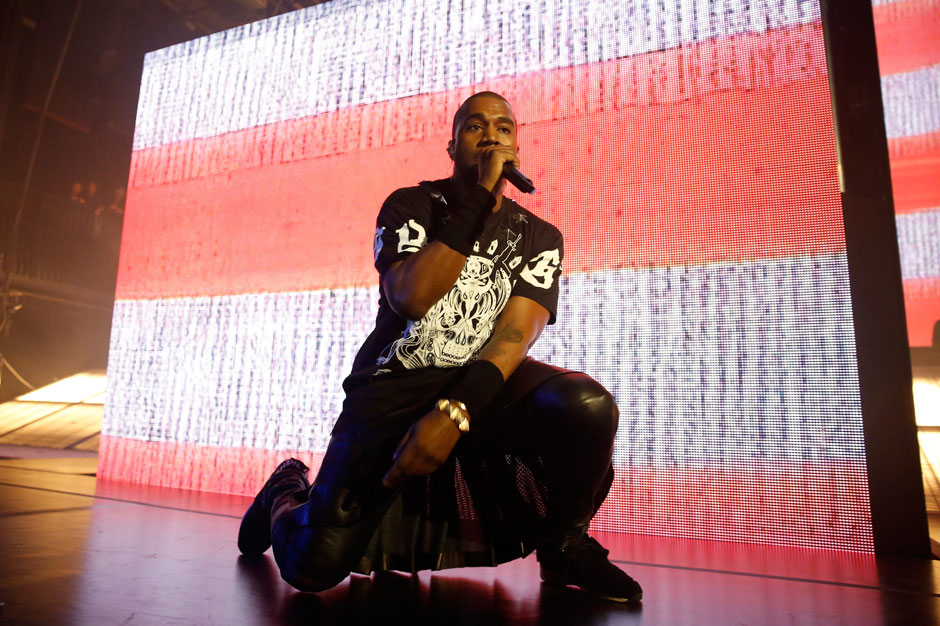 It’s been a month since Kanye West delivered his masked, rant-tastic Bonnaroo performance, which — like much of his career — divided his audience. And only days ago, at London’s Wireless Festival, he unleashed a 15-minute Auto-Tuned tirade against racism in the fashion industry. Such speeches are commonplace from West, but while one may assume they’re impromptu, a new “set list” released by Funny or Die suggests otherwise.

The document is of course fake, but it’s pretty hilarious. Amidst the songs, we see him preparing a talk about why he’s mad at Louis Vuitton “right now,” another one on how he invented leather sweatpants (followed by a Q&A on the subject), and then one big blowout rant to close that touches on nearly 20 topics. His encore? Farting into the microphone and talking about how good it smells for 20 minutes.

Check it out here: 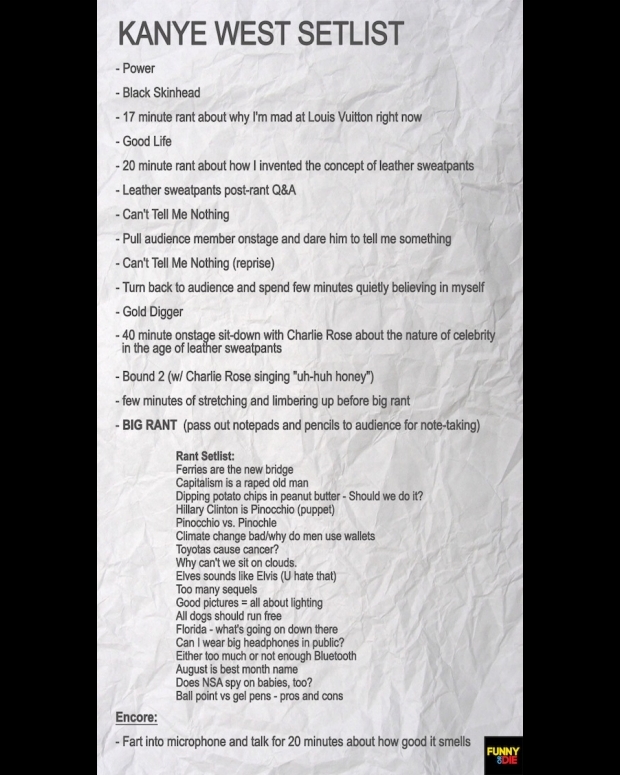