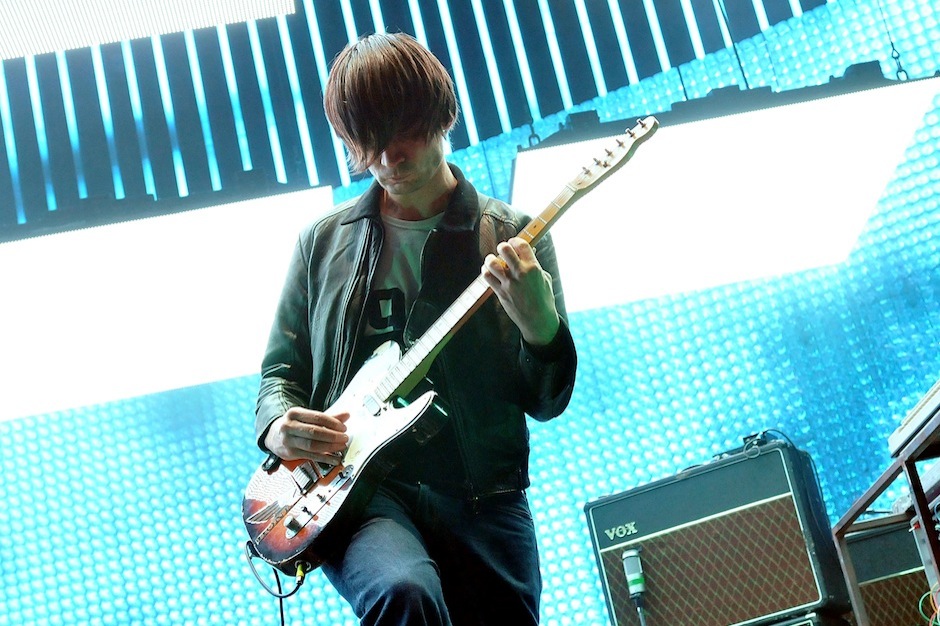 Radiohead guitarist Jonny Greenwood has announced the world premiere of “Water,” his collaborative piece with the Australian Chamber Orchestra. As Pitchfork reports the composition will be a work for strings, piano, and South Asian instrument tambura, and will be played alongside material from Mozart, Tchaikovsky, and Haydn. The piece will debut in Dublin on October 2, followed by dates in London, Birmingham, and Melbourne.

Greenwood’s orchaestral leanings are no secret, considering he’s already partnered with Bryce Desner for a classical project and jump-started his solo career by scoringThere Will Be Blood. The cinema-minded Radio-head seems particularly enamored with his new partners, confirming our suspicions about the glorious lifestyles of these Australian classical musicians in a press release: “And they really do go surfing afterwards!”

And likewise, ACO artistic director Richard Tognetti had nice things to say about Greenwood: “I believe he’s the first celebrated pop musician who has been able to straddle the world of classical music. In terms of the cross-fertilisation of ideas, it’s a great time to be a musician.” Watch below, starting just before the two minute mark, to hear Tognetti discuss this inspired collaboration.

Plus, even though Greenwood was the one to detail the band’s year long hiatus, other family members are on the move and, even better, Radiohead is destined to reunite in the studio this September.