Back in 1979, Devo took some well-earned shots at their chosen industry with a home video dubbed The Men Who Make the Music. The movie wedded music videos and live footage with bits starring Robert Mothersbaugh, Sr. (Mark and Bob’s dad) that told the story of “Big Entertainment” and culminated in the “Devo Corporate Anthem.” Unfortunately, the film was initially shelved by a label that wasn’t too keen on the theme, and released in 1981, never to make the leap from VHS to more modern mediums.

At last, that’s being rectified. MVD Entertainment Group will release a DVD version on August 12 which comes coupled with Butch Devo & the Sundance Gig. As Jerry Casale explains, “In January of ’96, we closed Sundance Film Festival. We wore 20s style prison suits and dished out classic DEVO songs to an unsuspecting audience of Hollywood elite.” Above, however, you can watch a clip from Make the Music, in which Devo performs “Praying Hands” from their classic 1978 debut LP, Q: Are We Not Me? A: We Are Devo!

Check the vintage yellow jumpsuits and jittery moves above, and a chapter list below. 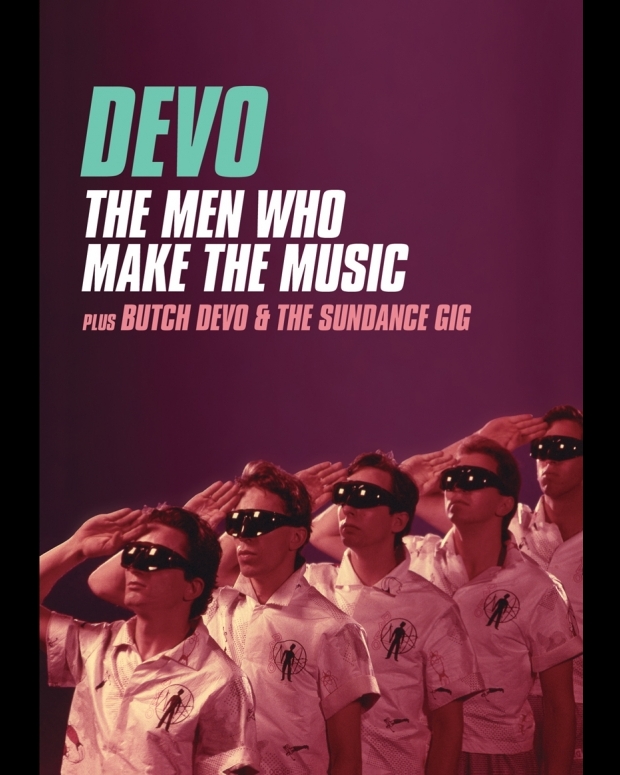