Death Grips Have Broken Up 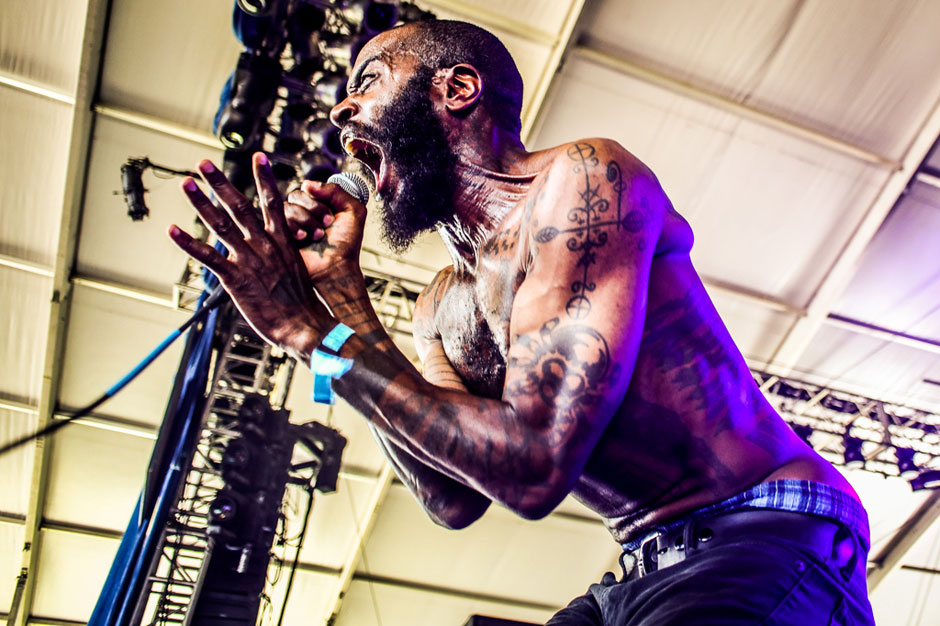 Death Grips are no more, it seems. In a note shared on their Facebook page, the experimental hip-hop group have announced that they’re calling it quits. “We are now at our best and so Death Grips is over,” the message reads. “We have officially stopped.”

According to the post, Death Grips have canceled all of their scheduled live dates, bailing on their upcoming tour with Nine Inch Nails and Soundgarden (not that keeping appointments was ever their strong suit). The noise-rap band’s dissolution comes less than a month after the release of their latest album, niggas on the moon. When Death Grips dropped the surprise eight-track effort on June 8, they explained that the record is the first half of an intended double album dubbed the powers that b. Despite Death Grips’ now-defunct status, the powers that b will apparently still come out later this year by way of Harvest/Third Worlds Records.

Over the course of their lifespan, Death Grips put out five full-lengths: 2011’s Exmilitary, 2012’s The Money Store and NO LOVE DEEP WEB (the latter of which landed on SPIN’s 50 Best Albums of 2012 list), 2013’s Government Plates, (which eventually ended up on SPIN’s 50 Best Albums of 2013 list), and the still-incomplete the powers that b. They were named SPIN’s Artist of the Year in 2012, and member Zach Hill made it onto SPIN’s list of the 100 Greatest Drummers in Alternative Music.

Spontaneously pulling the plug on their career is, of course, completely in character for the Sacramento outfit, who were not afraid to disappoint fans by canceling gigs on purpose, or make major-label enemies. “Death Grips was and always has been a conceptual art exhibition anchored by sound and vision,” the band writes in their resignation. “above and beyond a ‘band’. to our truest fans, please stay legend.” Of course, this could all be a farce (announcing their break-up at the start of a holiday weekend could make for a cruel trick on the media), but, for now, we’ll treat it as the real deal. Find the full Facebook note below. 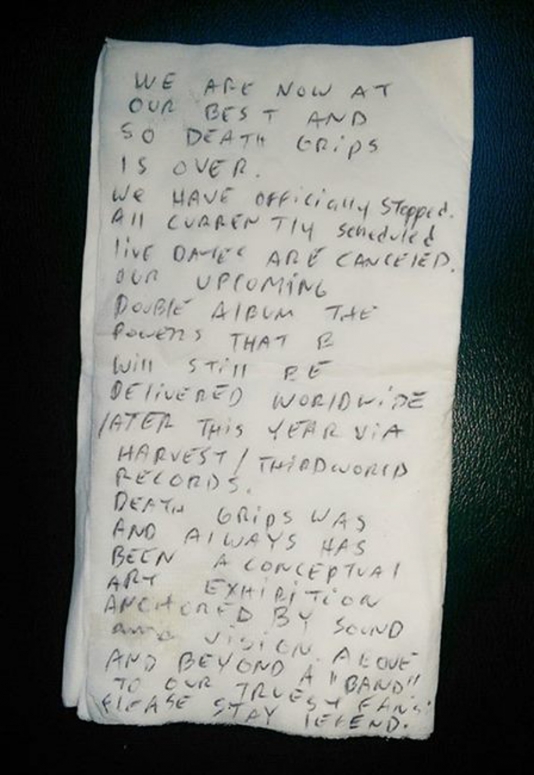