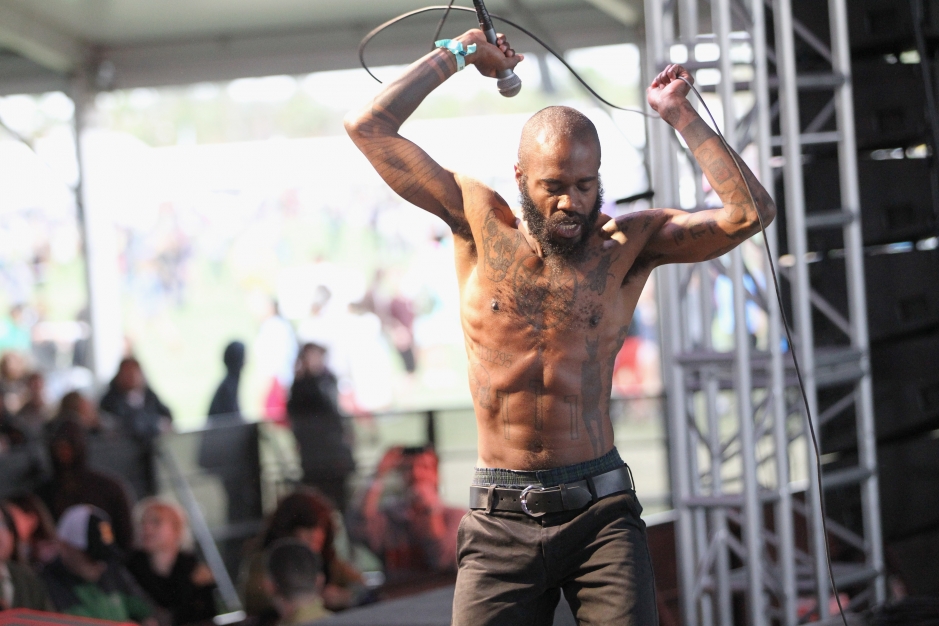 Many were shocked when Death Grips announced their break-up yesterday. Trent Reznor, it seems, was not.

The mercurial noise-rap group, who was SPIN’s 2012 Artist of the Year, were set to be opener on Nine Inch Nails and Soundgarden’s upcoming tour, which kicks off in just over two weeks. Given Death Grips’ expertise in bailing on commitments, booking them for the trek was a calculated, one that Reznor somewhat acknowledged in a subtweet last night. “Sorry everyone… why would I have ever thought those dudes could keep it together?” he wrote, sounding like a man who was all set to chill out for the Fourth of July weekend but then found out he had to go to the DMV to renew his license. A replacement opener has yet to be announced.

Reznor isn’t the only one getting burned by Death Grips’ sudden lack of existence. The group’s demise marks the second year in a row that they’ll have bailed on their commitent to play Austin, Texas’ Fun Fun Fun Fest. Rather than wallow in their sorrows, the organizers decided to spoof Death Grips’ napkin farewell letter with one of their own, taking on the role of a jilted lover:

“We are now at our super best and so our relationship with Death Grips is finally over — we have decide to consciously uncouple forever, after being stood up twice at the altar, we had to look deep into our soul and ask if Death Grips really loves us or is capable of loving anyone, and the unfortunate answer is ‘no.’ We are better than that. So we have officially stopped following Death Grips on Twitter out of fear of seeing them at another show or with other fans — it’s just too soon. Our upcoming fest in November will still happen and with a replacement that loves you & us for who we really are, FFF was and always has been a full on metal, physical, and cerebral sensory overload fiesta of delight anchored by butt shaking, head banging good times. Above and beyond a ‘fest,’ we deserve real love, and so do you. To our truest fans, please stay epic … and stay tuned.” 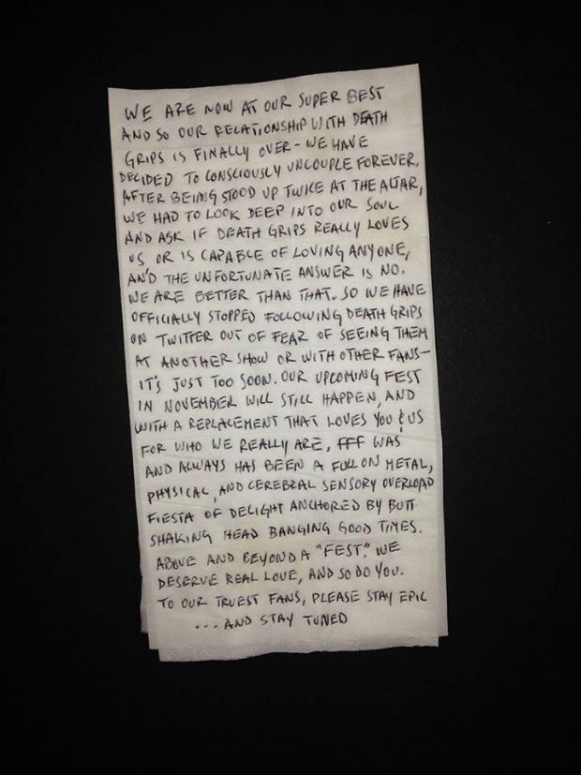