Joanie Faircloth: "The statements I made and repeated online and elsewhere are 100% false." 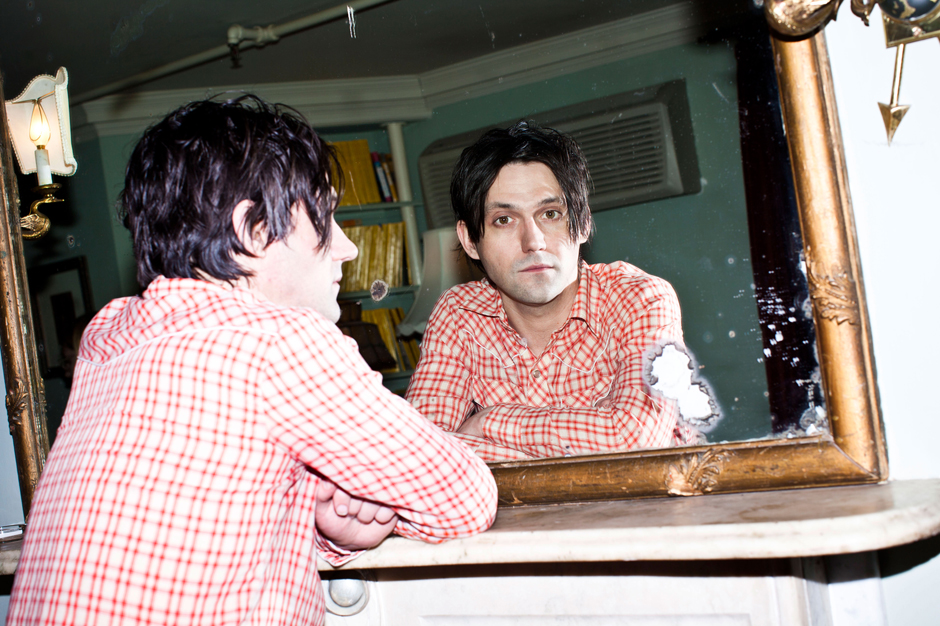 The woman who accused Conor Oberst of raping her when she was 16 years old has offered a public apology today for her claims. This news comes just a week after the false rumors that the Upside Down Mountain singer had been dropped by his label, Nonesuch, in response to the allegations. A note from a representative for Oberst says that Joanie Faircloth has issued an official statement admitting that she lied in a post on the xoJane comments section, blaming the accusation on a “difficult period in [her] life,” when she was trying to deal with the illness of her son. The SPIN cover star filed a libel suit against Faircloth, and as of last week she had yet to appear in court. The full text of the statement from Oberst’s representative, including Faircloth’s apology, is below.

“North Carolina resident Joan Elizabeth Harris aka Joanie Faircloth has issued a public apology to Conor Oberst recanting her on-line accusations of being sexually assaulted by the musician. After seven months of attempts to reach Ms. Faircloth to request that she rescind the false accusations she made against Mr. Oberst in the comments section of the xoJane website in December 2013, and repeated elsewhere over the following months, Ms. Faircloth contacted Mr. Oberst’s lawyers and today issued a notarized statement. Her statement reads in full:

‘The statements I made and repeated online and elsewhere over the past six months accusing Conor Oberst of raping me are 100% false. I made up those lies about him to get attention while I was going through a difficult period in my life and trying to cope with my son’s illness. I publicly retract my statements about Conor Oberst, and sincerely apologize to him, his family, and his fans for writing such awful things about him. I realize that my actions were wrong and could undermine the claims of actual sexual assault victims and for that I also apologize. I’m truly sorry for all the pain that I caused.’

In February Mr. Oberst filed a libel complaint in the U.S. District Court for the Southern District of New York asserting that the only relationship between the two parties was one of artist and fan; Ms. Faircloth had no physical contact with Mr. Oberst at the Durham, NC show she claimed was the location of the alleged sexual assault.” 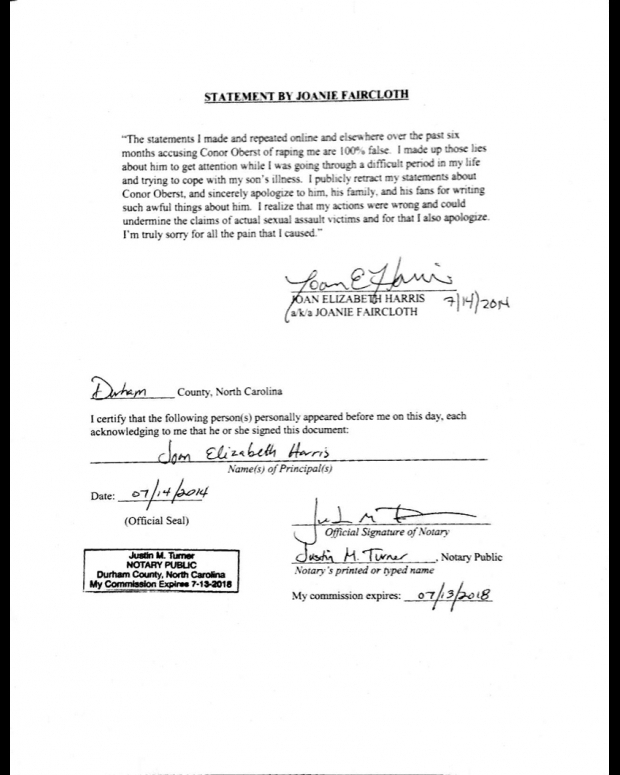