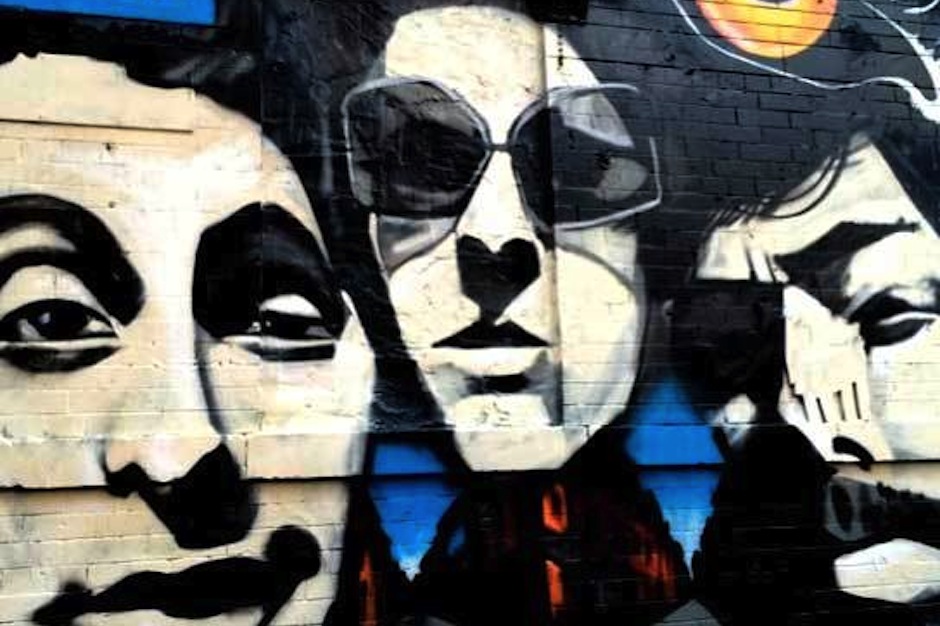 In celebration of the 25th anniversary of Beastie Boys’ Paul’s Boutique, a mural was commissioned at the original site of the photo on the album cover. Artist Danielle Mastrion started the piece on Saturday morning and, as Mass Appeal points out, it’s now been completed. Featuring striking caricatures of each of the legendary trio’s members, the mural sits at the corner of Rivington and Ludlow on the Lower East Side of Manhattan. Catch a handful of shots below, via Mastrion’s Instagram, as well as a video putting her finishing touches on the painting.

If you’re still in the mood for more anniversary celebrating, check out footage of the album release party and some behind-the-scenes photos from the recording sessions.