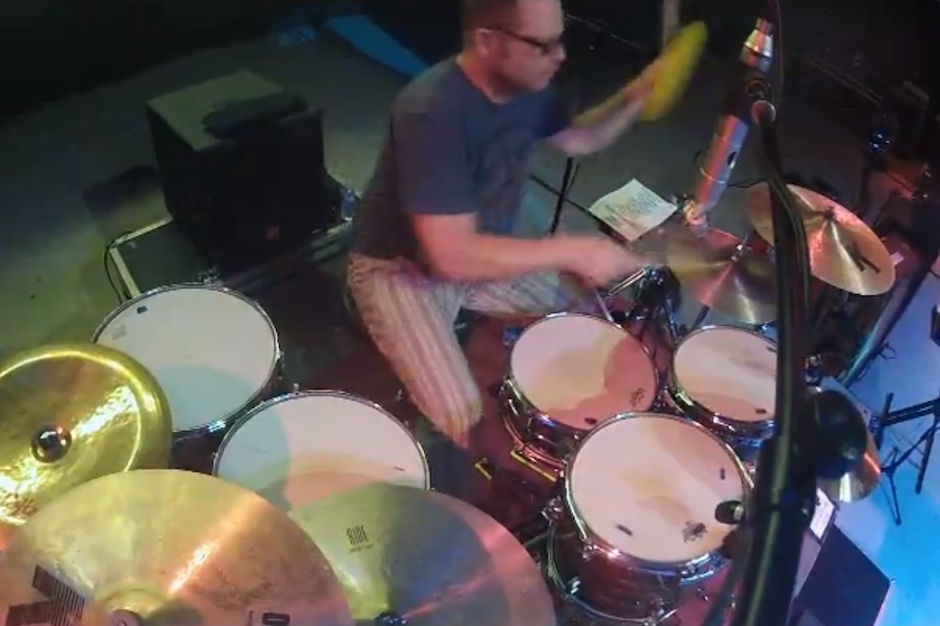 Patrick Wilson wins the “good hands” award for the weekend, and not just for his musicianship. As Stereogum points out, the Weezer drummer caught a Frisbee during a performance of “Beverly Hills” on Friday night in St. Augustine, Florida, and he managed to transfer it to his mouth without, as they say, missing a beat. Frontman Rivers Cuomo, on hearing the audience cheer, was clearly enjoying the moment.

If only Frisbee weren’t a trademark of the Wham-O corporation, maybe that could be the name of Weezer’s next album — “flying disc” just doesn’t have the same ring, does it? Watch fan video of Wilson’s cat-like — er, since it’s a Frisbee, should that be “dog-like”? — reflexes below, and scroll down for Weezer’s “drum cam” footage. We don’t yet know Wilson’s merits at disc golf, but we can safely say that that, friends, is the ultimate Frisbee. (Well, maybe if he’d been playing “Only in Dreams,” but let’s not get greedy.)

Rivers Cuomo and co. have been teasing their upcoming, Ric Ocasek-produced ninth album, most recently sharing a snippet of a new Weezer song that could be titled “Ain’t Got Nobody.”