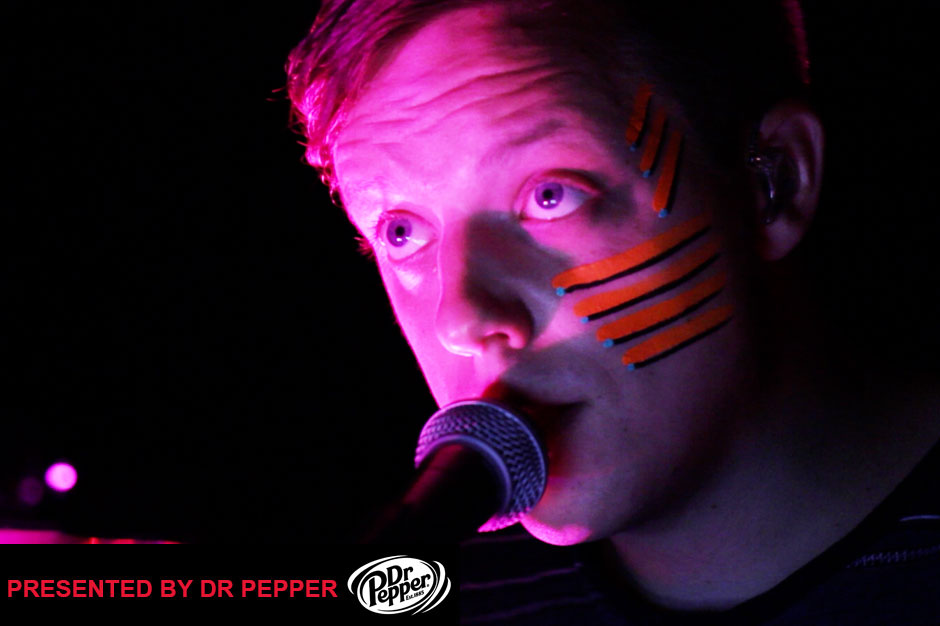 During the 2014 Dr. Pepper “One of a Kind” studio series, electronic artist Robert DeLong explained his fascination with bringing video game controllers on stage.

“I was just a nerdy kid, sitting in my room alone and kind of discovered that people had been doing that a little bit here and there,” DeLong said. “So I started messing around with it myself and when I started performing my music a couple of years later, it was just kind of a natural thing to mess around with it and see if it would work. And people responded well to it, [so it] just kind of grew from there.”

The interview out also touches on DeLong’s work with TV on the Radio’s producer Dave Sitek.

“He really took me to some strange places that I haven’t gone before with songwriting,” DeLong said.

Watch Robert DeLong Discuss His One of A Kind Studio Experience