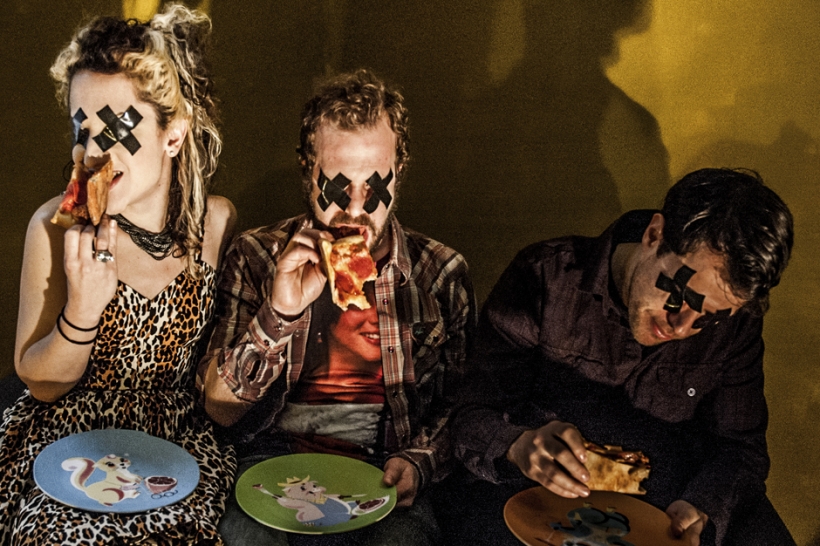 Singer-guitarist Jim Carroll formed Unicycle Loves You as a solo project six years ago in Chicago; he returned to Brooklyn in 2012 with two more band members, three records under his belt, and a refined hatred of artifice. For their fourth album, The Dead Age (out today on Highweel Records/Mecca Lecca), ULY offer a deep-dive into noisiness, burying Carroll’s seductive pop hooks below several layers of distortion. The sound has come a long way from the clean cuts and pleasant riffs of the trio’s self-titled debut, and it seems like the way was littered with rusty nails.

To make The Dead Age, Carroll recorded rough demos of himself playing each instrument so that the other band members could know where to begin. The finished parts then got recorded over the demo, pushing the vocals down into the dirt. That’s Carroll’s bite in action: The hooks come easily to him, but he has no interest in serving up simple comforts, so he grinds up his gems. The resulting tour de noise is an ode to frustration with brief instrumental interludes to let you catch your breath. Stream the entire LP — which includes the previously shared “Face Tattoo” — below.