Producer says slow growth is expected, show will go on 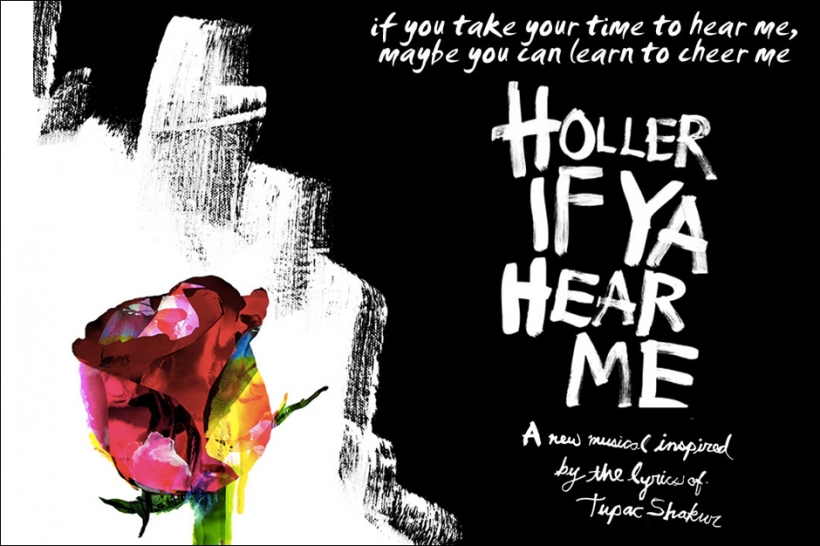 Earlier this week, the New York Post reported that the Tupac Shakur musical Holler if Ya Hear Me is closing this week following poor ticket sales and mixed reviews. “The show — henceforth to be known as ‘Holler If Anybody Buys a Ticket’ — took in a measly $170,000 last week, making it the lowest-grossing show on Broadway,” quipped writer Michael Riedel, who said that sources informed him the production would shut down on Sunday, June 29, only 10 days after opening.

However, one of the show’s producers has refuted that rumor, while confirming the revenue.

“If we were going to close this Sunday, we would have had to post a closing notice last Monday, because there’s all these union rules between the cast, and the company, and the theater, and all of that,” Jessica Green told the Hollywood Reporter. “We are increasing every week, we are getting in new audiences that have never gone to Broadway before. There’s a little bit longer of an acclimation period, let’s say, between education and actually coming out.”

The musical stars rapper/poet/author/actor Saul Williams and uses Tupac’s songs to tell an inner-city “story about friendship, family, revenge, change and hope.” Several preview tracks, including a milquetoast rendition of “California Love,” were released last month. The New York Times review of the show says it “feels heartfelt but heavy-handed, as it punches home its message with a relentlessness that may soon leave you numb to the tragic story it’s trying to tell.” Variety, meanwhile, says the script “observes ill-defined characters inhabiting some indeterminate place and time.”

The show is currently running at the Palace Theatre. Tickets are very available.