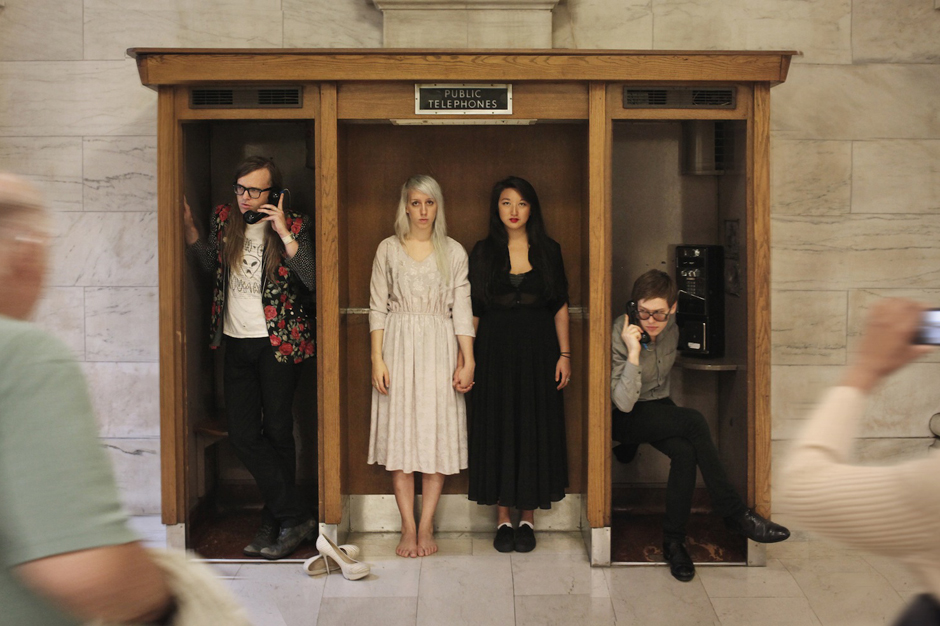 Brandishing a name that nods not to 9/11 or Benghazi but, rather, to their love for The X-Files, Truthers is a Brooklyn four-piece that plays hazy, carefully imbalanced pop anchored by standout hooks. Oscar Guinn (vocals/guitar) met Gryphon Graham (guitar/vocals, and former keyboardist/vocalist for DIIV) while both were crashing at the Market Hotel, a now-defunct band incubator in Bushwick, and their sessions quickly birthed a group that now also features Olivia Hu (bass/vocals) and Erin Hoagg (drums/vocals).

“Most Ghouls Agree,” the second track from Truthers’ upcoming, debut 7″ single, is a ’50s-pop revival tune haunted by the band’s macabre vibe. To let them explain: “This song is about being at a party full of dead people convinced that cruelty, wit, and theatre are their only weapons against death.” The song is built from breezy, staccato guitar riffs and a sing-along falsetto hook, but the track mixes these pieces in ominous discord. Stream “Most Ghouls Agree” — and its B-side, “Calm Canaries,” below, and pre-order the vinyl through Big Cartel.