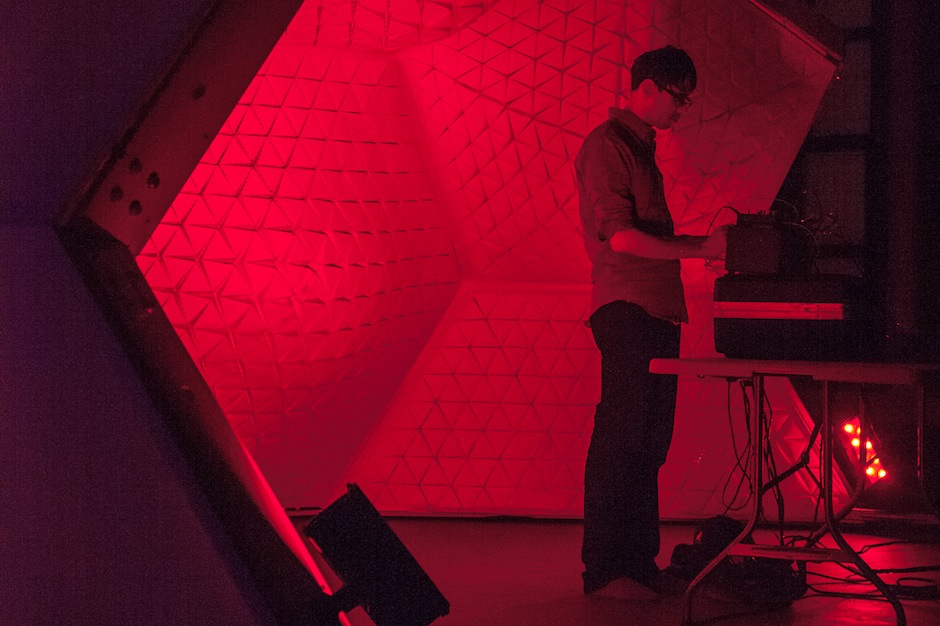 These are the breaks. And yet, they’re not the breaks in the way you’ve heard them before. Paul Dickow, the Portland, Oregon-based producer who records as Strategy, has a prolific and exploratory discography, but his latest project might have the widest potential appeal yet from an artist more often associated with passionate niches (he’s put out music via Kranky and 100% Silk, among other labels). The four-song Pressure Wassure EP, due out on June 17 via Peak Oil, uses famous samples — the Amen break, the Think break, the Funky Drummer, the Apache break — and stitches them back together under the influence of rave-friendly ’90s U.K. hardcore. “I tried to mix new and old music together,” Dickow told Thump, which premiered the tracks. Listen below, and try to spot the classic breakbeats after they’ve gone under Strategy’s scalpel. (Conveniently enough, the Grammys just changed their rules to make sample-based tracks eligible for Song of the Year. Hey, ya never know.)