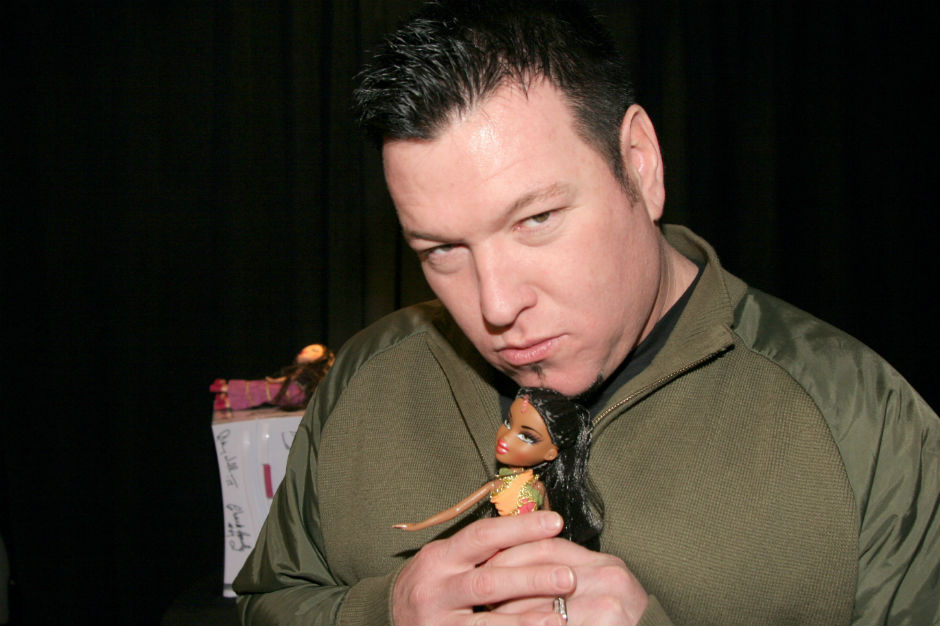 At a festival headlined by Outkast and the Cure, at which TV on the Radio debuted no less than three new songs, our pet favorite news item has to do with beef between two ’90s nostalgia acts you might not have even known were still playing.

Last weekend, BottleRock Napa hosted both Smash Mouth and Third Eye Blind, booking them on separate stages at the same time slot in a cruel twist of fate for concertgoers looking to relive that specific corss-section of the past. Apparently the beautiful scenery and abudance of quality wine didn’t provide enough good vibes for Smash Mouth frontman Steve Harwell. According to various people on Twitter, at one point in the set, he said, “Third Eye Blind can suck my dick.”

Harsh. But whatever ill will exists between the bands didn’t start in Northern California. Thanks to an extensive report by the Washington Post, it’s clear the two groups have a history of bad blood. There’s no concrete self-evident reason for the beef, but some tension may stem from Harwell’s side-project Radio Angel, which includes former 3EB guitarist Kevin Cadogan. The latter was fired from the bigger band in 2000 and later sued 3EB frontman Stephan Jenkins for millions, settling for an unreported amount. Smash Mouth brought out Cadogan to play a few songs at BottleRock, so that couldn’t have helped matters.

Oh, and then there’s this video from 2010 in which Harwell says of Jenkins, “The guy’s a douchebag,” before adding, “He’s not a good person. That’s all I’ll say about that.”

The Post reached out to Smash Mouth to find out more and though Harwell was too busy to talk, he let the band’s manager answer on the record.

“Steve pretty much has a long history of poking fun at Stephan Jenkins,” Robert Hayes said. “There’s no true bad blood there. They’ve toured and done shows together for quite a while. You know, he pokes at [Jenkins], and now that he’s got his former guitar player in a side project, he wanted to poke a little harder.” He also added that they’re both from rival cities, Smash Mouth in San Jose and Third Eye Blind in San Francisco.

Even if it’s all in good fun, we’d much rather see them settle this via trial by combat. Seems fairer that way.

Check out our photos from BottleRock here.