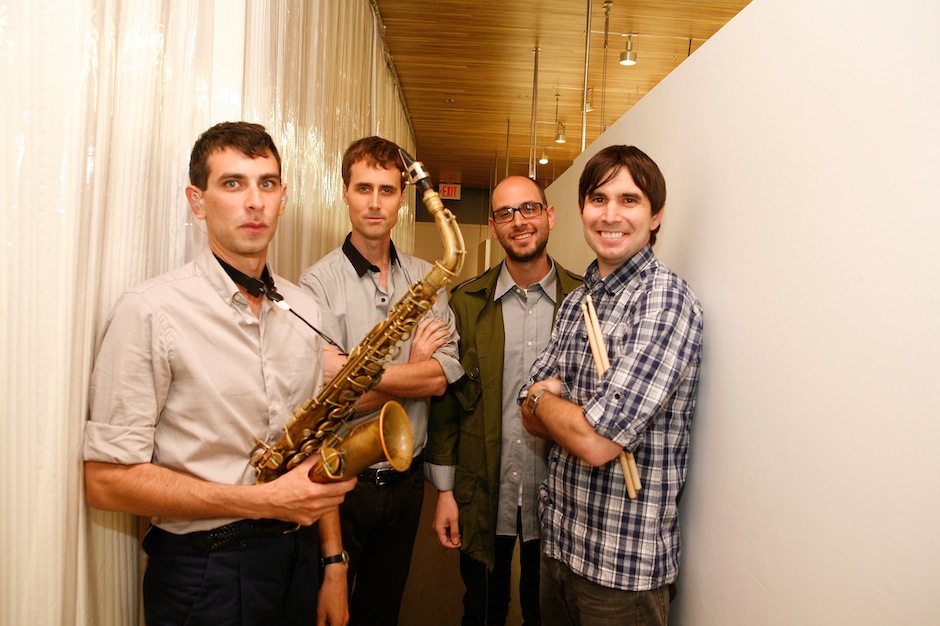 Back in March, DFA label manager Jonathan Galkin finally brought to light the Rapture’s private dissolution. Now we’re starting to see what the band’s members are getting up to post-break up. Late last week, we witnessed Luke Jenner’s guest vocal turn on Parisian producer Joakim’s “Bring Your Love,” and today, drummer Vito Roccoforte and multi-instrumentalist Gabriel Andruzzi have announced a new project with an EP called Moon Temple.

As XLR8R points out, the duo will release that June set under the name Vito & Druzzi. Based on snippets that they’ve released to SoundCloud, streaming below, it sounds that, like Jenner, these two will be eschewing the rougher edges of the Rapture’s work in favor of the labyrinthine loops and whorls of more traditional house music. Two of the tracks are remixes courtesy PBR Streetgang and Curses.

Moon Temple is due on June 30 via Throne of Blood, the label that the Rapture co-founded.