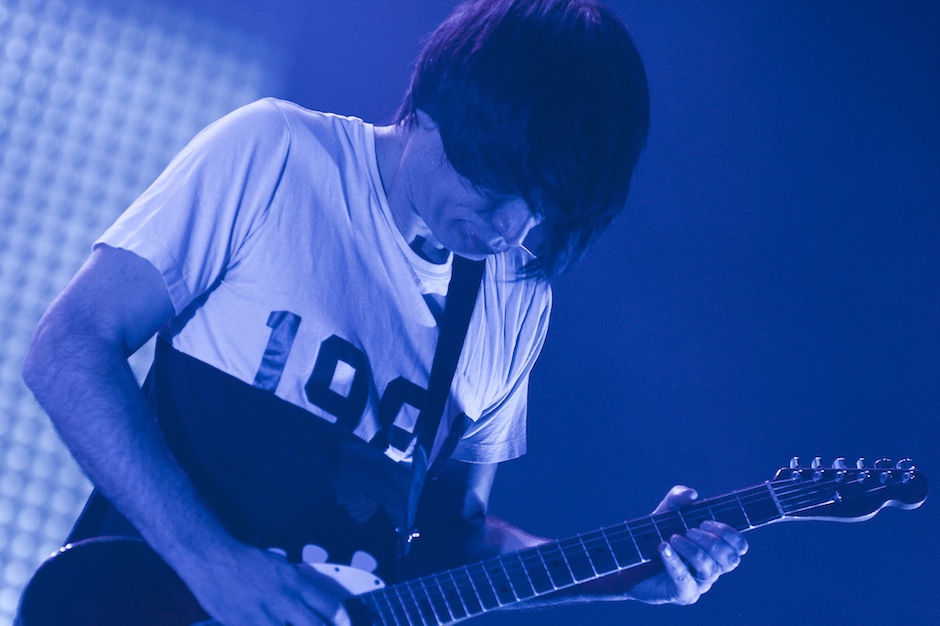 Any plans for a new Radiohead album just got that much less clear, as guitarist Jonny Greenwood has casually revealed the band is in the midst of an extended break. “In a year off from Radiohead, I’ve been…” That’s how Greenwood begins a new blog post for The Guardian.

The post, focusing on how classical music changed Greenwood’s views on live versus recorded music, offers precious little else about this “year off.” He writes, “I was raised on recordings and led to trust them as interchangeable tokens of the real thing, but there’s something so strange about live classical music that over the years has made me lose this belief.” Greenwood has definitely been busy during any Radiohead hiatus, planning a There Will Be Blood live score, debuting his piece “Loop” with the London Orchestra, and partnering with the National’s Bryce Dessner for a classic-music album.

Radiohead released an app called “PolyFauna” in February, but the U.K. art-rock luminaries have taken their time ahead of what would be their ninth album. While bassist Colin Greenwood said in February 2013 the band would start work on a new album by the end of that summer, early this year he acknowledged plans for an LP are “up in the air at the minute.”

As for the other Greenwood, he writes in his Guardian post: “When an orchestra starts from silence in a quiet room it’s glorious. Or a solitary singer. It doesn’t matter how much you spend on your speaker stands, you can’t reproduce that in your front room, any more than the National Geographic channel reproduces Madagascar. It’s all a con. If you’re interested, hunt out live classical music, especially the kind that doesn’t rely on PA systems. Think of those speakers as barriers instead of amplifiers, and listen to the real thing whenever you can.”

To ease your wait for a new album, here are fifth graders’ interpretations of Radioheads’ 2003 Hail to the Thief.