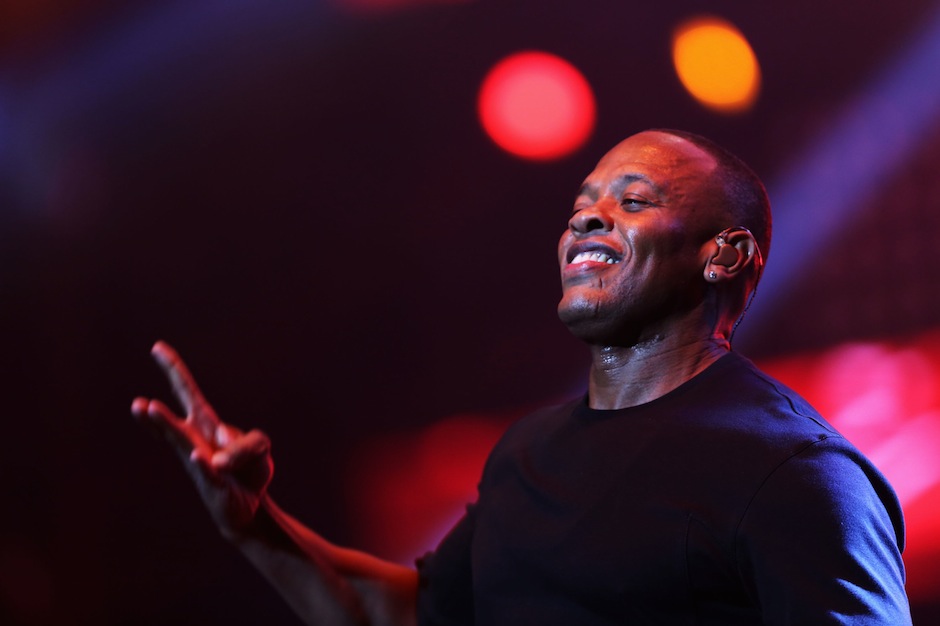 Today, Dr. Dre tweeted the first promotional picture for the N.W.A biopic. The photo features the original rap legends — Ice Cube and Dr. Dre, flanking director F. Gary Gray — and the actors that will play them sporting, yes, serious attitude. The tweet also hinted that Straight Outta Compton will hit the public August 14, 2015. This information comes despite the project’s turbulent history, with details finally falling into place after Gray (The Italian Job) signed on in 2012 and infused the enterprise with new momentum.

Overseen by emotionally invested producers — including Eazy-E’s widow, Tomica Wright — the movie will immortalize the rise of the West Coast gansta rap supergroup. At his request, Ice Cube will be played by his son, O’Shea Jackson Jr. The Beats billionaire will be played by Corey Hawkins, and Jason Mitchell (in the photo below) will play the late Mr. E. In other news, the literal sons of N.W.A may tour as N.W.A Resurrected, and MC Ren is back at it.