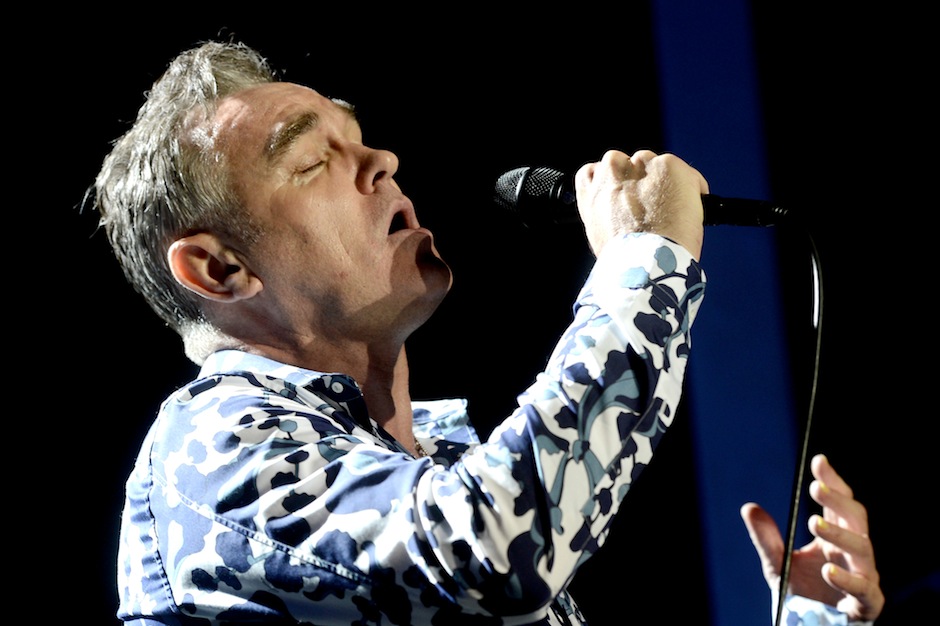 Just about a month ago Morrissey shared a spoken word video for his gleeful matador takedown “The Bullfighter Dies,” and now today you can finally hear the brief track in all it’s smugly grinning glory.

Given all of his recent tour cancellations, it’s all too appropriate that the lyric here describes someone who’s “ill in Seville,” but this isn’t your usual Morrissey-an treatise on loneliness and sickness abroad. Instead, he’s downright triumphant at the news that a local matador has been killed because “we all want the bull to survive.” That may be true, but it’s a pretty dark sentiment to express over an instrumental this bright.

As SPIN’s Barry Walters put it in his review of Morrissey’s tour opener, it’s a “brief but stirring” two minutes, packed with sunny guitar leads and Moz’s charming lilt.  In short, it’s a whole lot less morose than the downcast spoken word video might have led you to believe.

Morrissey’s new LP, World Peace Is None of Your Business is due July 15 on Harvest. Stream “The Bullfighter Dies” below.