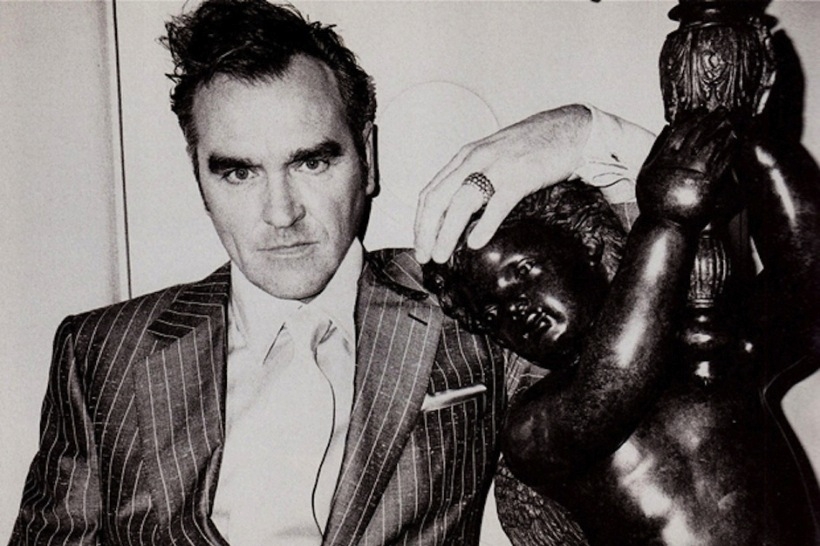 Well, this is going to be one for the history books. Or at least another catty memoir. Morrissey, who initially yesterday postponed a couple of dates on his U.S. tour, has now scrapped the lot of it. Accounts conflict about the circumstances, but health concerns are the common theme.

In an official statement on Facebook, the legendary former Smiths singer cited a “respiratory infection.” In a statement via semi-official mouthpiece True to You, he blamed the infection on his tour opener, Kristeen Young, saying she previously “confessed to ‘a horrendous cold'” and chose to leave the tour. For her part, Young said on Facebook that she “did not ‘confess to a horrendous cold'” and didn’t voluntarily drop out of the tour but instead “was asked to leave.” (Her statement was later removed.)

World Peace Is None of Your Business, Moz’s first solo album since 2009’s Years of Refusal, is due out on July 15 via Harvest Records/Capitol. Despite an inkling his current American jaunt might get canceled, on account of past practices, the proceedings began almost without incident last month in California. There was a brief exchange of differences with lovable Scottish noise-pop scrappers PAWS, but no missed gigs until last week.

Moz has already shared quite a bit of his Business. He recently debuted the maudlin “Kick the Bride Down the Aisle.” Before that, he unveiled  “Earth Is the Loneliest Place” (with a Pamela Anderson-starring spoken-word video), along with clips for “Istanbul,” “The Bullfighter Dies,” and the title track, “World Peace Is None of Your Business.” There was also a whole kerfuffle about a Twitter account that had been officially “verified” as his.

Young, who has opened for Morrissey on previous U.S. tours, recently released a Dave Grohl-assisted album, The Knife Shift.

Compare the various statements below.

It is with great sadness that the remainder of the US Tour has been cancelled. The respiratory infection Morrissey contracted in Miami has worsened, and in the interest of making a full recovery, all further touring plans have been halted. Morrissey thanks his fans for their compassion, understanding, and well-wishes during this difficult period as he recuperates.

Morrissey’s semi-official site, True to You:

Morrissey announces the close down of the present U.S. tour with “unimaginable sorrow”. On Saturday, June 7th, following the show at Boston Opera House, Morrissey collapsed and was rushed to Massachusetts General Hospital where doctors treated Morrissey for “acute fever”. Difficulties had arisen on May 31st following Kristeen Young’s opening set at the Miami Knight Concert Hall, after which Kristeen confessed to “a horrendous cold”, the symptoms of which were passed on to Morrissey resulting in the cancellation of the next show in Atlanta. For the good of all, Kristeen was asked to step down from the immediate upcoming shows, but instead she decided to leave the tour entirely. Morrissey and the band wish her well and hope she is now in good health. Morrissey received medical attention in Miami, and once again in Boston, but it was not enough to shake off the virus, the recovery time for which is too lengthy to meet the final 9 shows of the tour. Morrissey and the band are otherwise delighted and very grateful for their experiences on the U.S. tour, some shows of which they considered to be their best-ever, most notably:

Ok. Regarding the recent True-to-you statement from Morrissey: I did not “confess to a horrendous cold”. On Monday, June 2nd, I had an allergy attack that was over within 16 hours. I went to a doctor (on Monday, June 2nd), an allergy specialist, who gave me drugs for allergies…and they worked. I explained this (early on Tuesday, June 3rd) and offered this doctor’s phone number to Morrissey personally, via email, and the tour manager, Donnie Knutson (for proof….since they seemed to doubt me). But, they NEVER followed up with me or said doctor. Also….it is incorrect that I “decided to leave the tour completely”. I was asked to leave. Was called (in the presence of my band as witnesses) by Morrissey’s booking agent, Dave Tamaroff, and told that there would be a new support band in Boston. I am very sorry that Morrissey is not feeling well. But I will not tolerate these lies….particularly about my health. This is really too much and bizarre.