When Mannie Fresh released his cheery 1989 single “Buck Jump Time” alongside his friend and rapper Gregory D, he didn’t know it would later become known as the start of an entirely new musical movement in New Orleans. The song, a fusion of Miami bass’ upbeat drums and the brassy horns that defined local street-band culture, is now commonly credited as one of the first “bounce” tracks. (It predated the genre’s pick-up and popular use of the “Triggerman” beat taken from The Showboys’ “Drag Rap.”) With lyrics that shouted out New Orleans wards and projects and a call-and-response hook, the playful track became an iconic anthem to the then-teenager’s hometown.

Fresh’s signature sound came from a youth influenced heavily by the sound of local jazz and school bands, an aesthetic that stayed with him even as his popularity grew. In 1993, the young producer’s influence over the city’s rap community grew when he joined fellow hip-hop trendsetter Birdman’s Cash Money Records as the label’s in-house producer. He’d go on to executive produce five albums for Big Tymers (his collaborative project with Birdman), three for the label’s all-star collective Hot Boys (featuring Lil Wayne, Juvenile, B.G., and Turk), his solo album The Mind of Mannie Fresh, as well as chart-topping solo tracks for the lot before leaving the imprint in 2005. While he’s been making music for the likes of T.I., 2 Chainz, and Wiz Khalifa since, 2014 finds the producer’s focus shifted back towards DJ’ing. It’s a way for him to return to the lively, dance-oriented community in which he originated.

Last month in New Orleans, we spoke with Mannie Fresh — who headlines the after-hours Red Bull Music Academy Stage at Bonnaroo this weekend — about growing up with Rebirth Brass Band, the birth of bounce, twerk in pop culture, and playing house music to rap heads.

Given that you recently judged a big brass band competition locally, I was wondering what your relationship was with that world growing up.
Honestly it’s just about growing up in a music community. You know the original Rebirth Brass Band? We all went to school together. I think I’m just one of the ingredients that makes up New Orleans, just as much as second-line is or anything else. Some of my music has the rhythms and the beats of second-line. New Orleans just embraces people who love music. 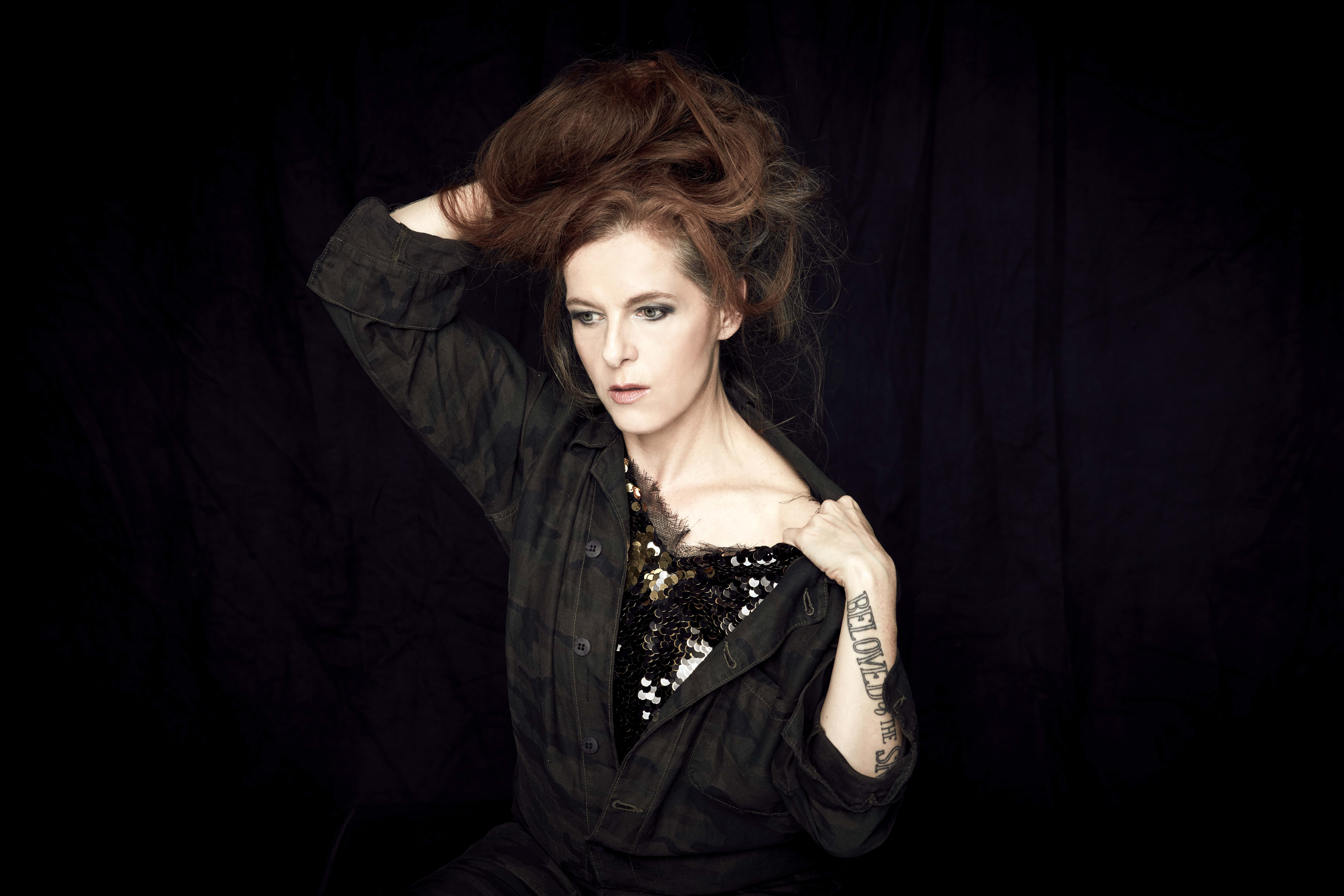 Neko Case on #MeToo, Art History, and Becoming a Producer: The Spin Interview

Did you ever want to play an instrument?
Oh lord, yes! It was one of things that I tried to do and then when I tried I was like, this is way harder than it looks! And so I decided I would play keyboards! I always felt like the trumpet or trombone player was always the coolest dude in the room.

Last October the Original Pinettes, an all-female brass band, won a big local competition over their male counterparts. I noticed that there weren’t any bands that included both men and women.
I know I said before that I don’t think that the word “gender” even exists in New Orleans. I think anyone who thinks that way is just nuts; as a city we are so mixed and open. It’s a really open-arms culture. There aren’t as many distinctions.

There’s always going to be race and status, but I think that the crazy thing is that it’s really the few old people that still think that way. You have places you can go to where nobody thinks of anything like that at all. Don’t get me wrong; but a lot of that is based on old ideas. If you’re around those types of people, that’s gonna rub off on you, yeah. For the most part, where musicians hang out, it’s not the case. Take Frenchman Street: No one cares if you’re black, white, female, or whatever else you have goin’ on. Everyone’s united under music.

That said, it feels like rappers are the first to get out of New Orleans. Wayne reps Miami harder than he does NoLA these days.
It’s a rough city. It’s a rough, rough city. Where else can you do anything you want but in New Orleans? In terms of alcohol, in terms of music. When a lot of people are calling it a night at 2 a.m., New Orleans is coming alive. You know, you get to a point where you think, “You know, I don’t know if I can still do this.” [Laughs.]

From a rap perspective?
This is what happened: Hurricane Katrina came and changed the culture of the whole city. It divided people; it made people go to different places. So now you have a whole bunch of people who came back but there isn’t any unity. We have to bring it back now. The same way that No Limit was started and the same way that Cash Money was started. That’s what we have to do. Those guys who have vision and who have a dream, they have to get together. Right now we don’t have that because people are still in a rebuilding stage.

Do you see anyone in the city that’s doing that right now? I know you’re a fan of Dee-1.
I would definitely say him! I would definitely say Dee-1 and it’s not even because I’ve worked with him. I think it’s hard to do what he’s doing! He’s a kid who is like, “You know what? I’m not gonna curse, I’m gonna speak to my listeners, and I’m not gonna affiliate with people who don’t do what I don’t do.” Which is a hard thing to do when you’re in a city like New Orleans; stand alone. Everyone else is like, “You’re corny. I don’t care about your positive message.” Someway and somehow, he’s still shining though. How’s that corny? You know?

Have you been working more with 2-Chainz since “Used 2?”
I’ve been knowing 2-Chainz since I don’t know how long, way before he had his career going on like it is now. When he was still Titty Boy, when he was signed to Ludacris. So I’ve known him for a very, very long time. So it was just one of those things where we just were like, “Let’s do a song and see what we can get going on.” But he’s doing trap, and this is a good thing that you brought up, because we say in New Orleans that when you get mad, you get results. What’s happening right now with trap is that a lot of the artists are getting mad about it. You have Miley Cyrus and her twerk movement, you have all the other trap music and all that. Now people are saying, “You know what? You took that from us!” So now you could say we’re starting to stir up the gumbo.

People seem to make fun of Miley openly in the city. As an originator of bounce and twerk music, do you feel a connection to the younger trends around twerk?
Whenever I’m on the streets of New Orleans, guys always stop me and tell me that they’ve come up on me. To see them do something with bounce, I’m not going to even lie to you, I want to see it go somewhere else. It’s like, how long can these people do the same thing? That’s my only thing with it. We can still keep our local flavor, but we have to do something else. Somebody has got to be brave enough to do something else. I think Nicky Da B is working on an album right now. I’m really looking forward to that. I know Nicky personally and that’s exactly what I’m talking about. That song “Express Yourself” with Diplo, that took it somewhere else.

Don’t you think “Express Yourself” went viral mostly because of the association with Diplo, though? He created a whole movement of girls who twerked upside down for over a year after its release. Do you think that those people understand that the song is bounce or the dance comes from bounce?
Now, who can say about that? This is a perfect example of what I was telling you about earlier. I think there’s a reason that the people in New Orleans got upset. But at the same time, when we get upset about something, sometimes it’s in a good way. There’s nothing wrong with what he did, he wasn’t trying to steal anything from New Orleans; he was just an opportunist. He thought, “Wow. I can take a good beat and add a little flavor and see what happens.” But a lot of people in New Orleans, they cherish bounce in a way that they don’t want it to go outside of New Orleans. When it does go outside of New Orleans, they get mad at it. They want it to be our thing but then all of a sudden we see people twerkin’, we see Diplo making commercial money, and they get mad. It’s like, dude, this is business!

Do you see yourself continuing making bounce?
Oh yeah! I was with Wiz Khalifa in the studio and that’s what he requested! I’m working with him on something for Blacc Hollywood and that’s just what he wanted. I don’t know when it’s coming out but we got bounce on there.

It seems like you’re DJing more than you used to. What made you get back into it?
This is what it is for me; I had to go back to my essence, my roots, my everything. Don’t get me wrong, I love my shit. Everything I do starts in New Orleans. But I decided to go on tour and start DJing more. I always do small clubs before I do major ones because they’re the people who will tell you whether you suck or whether you’re on point.

Wasn’t your dad a DJ?
Yeah, my dad was a DJ. He played street music. Everything. He raised a family being a street DJ. I really inherited that from my dad. I never set out to become a producer, I wanted to be a DJ. Before I knew it I was being called DJ Mannie Fresh.

I saw you play a few years ago with Just Blaze in Manhattan actually. I remember you playing New Jack Swing and house and being a little surprised by that.
[Laughs.] It’s hard sometimes! Certain places they’ll just wait for you to play your own songs. I do play my records, don’t get me wrong, but I like to play feel-good music. I play off of the crowd, not just two people. I’ll have a promoter that books me and just wants me to play my songs and I tell them I can’t do that; I can’t just play Mannie Fresh for an hour. Everybody will look at me like I’m crazy!

How would you describe your set to someone who only knows Mannie Fresh as a producer or rapper?
Honestly, I don’t even have a set. When you saw me I was just getting back into it. I probably was dusty, I ain’t gonna even lie. At the time I probably wasn’t at where I am at now. I’m at a much better place now; I’m confident, I know my crowd, I know what I’m doing again. I stepped back into DJing after not doing it for ten years and it was just like that; I performed like I hadn’t done it in ten years. Now I know what I’m doing. I can be honest and admit that. I don’t have a playlist and I don’t have a plan; I kind of read the crowd through people.