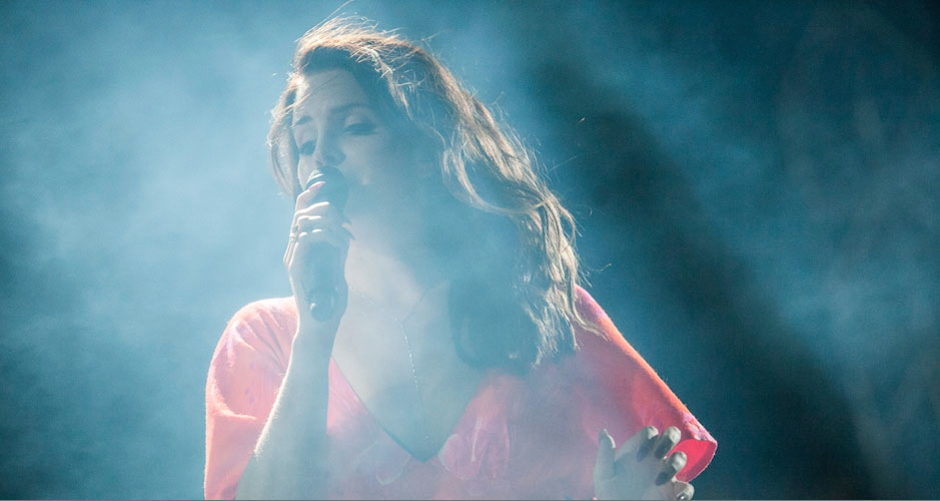 Lana Del Rey has released the title track to her forthcoming sophomore effort, Ultraviolence. After sharing the smoldering “West Coast” and discotastic “Meet Me in the Pale Moonlight” (plus remixes from Four Tet and UK producer Grades, respectively), Interscope announced this surprise arrival earlier today, teasing both the song and the possibility of an early album drop. Ultraviolence is still due June 17, but at the rate she’s going, we may hear much of it beforehand.

So far, it sounds like record producer Dan Auerbach has barely laid a hand on Del Rey’s signature flair for sultry grooves that are cinematic in scope (well, except for his radio edit of “West Coast”). Streaming below, “Ultraviolence” is exactly that, opening with sweeping strings and floating along at a languid pace.

Though she neither condemns nor condones domestic violence, the soft glow surrounding those words may be controversial for some listeners, especially after the Gangster Nancy Sinatra’s disparaging comments about feminism in her recent FADER cover story. “For me, the issue of feminism is just not an interesting concept,” she told the publication. “I’m more interested in, you know, SpaceX and Tesla, what’s going to happen with our intergalactic possibilities.”

Far out, but maybe for now she should stick with being our “jazz singer.”