Aside from joining back up with the Strokes, palling around with Arcade Fire and a series of high-profile festival dates under his own name, news comes today that Julian Casablancas has also apparently been working on an LP called Tyranny with his new band (under the moniker Julian Casablancas + the Voidz) due September 23 on his own Cult label.

Over the early part of this year, Casablancas and his new outfit have used a string of smaller tour stops to debut new tracks, and now its been confirmed that the new material was in anticipation of his follow-up to 2009’s Phrazes for the Young.

In a press release, Casablancas outlined anti-corporate meaning of the album’s title, a sentiment which seemed to echo his earlier comments that this might be a “protest record.”

“Tyranny has come in many forms throughout history,” Casablancas said. “Now, the good of business is put above anything else, as corporations have become the new ruling body. Most decisions seem to be made like ones of a medieval king: whatever makes profit while ignoring and repressing the truth about whatever suffering it may cause (like pop music, for that matter).”

As far as that last bit, at least he’s aware of his complicity in the system he’s criticizing. You can preorder the new record for the seemingly arbitrary price of $3.87 on the Cult website. Check out a grainy album teaser video above, and the full slate of his fall tour below, alongside Tyranny‘s album cover. 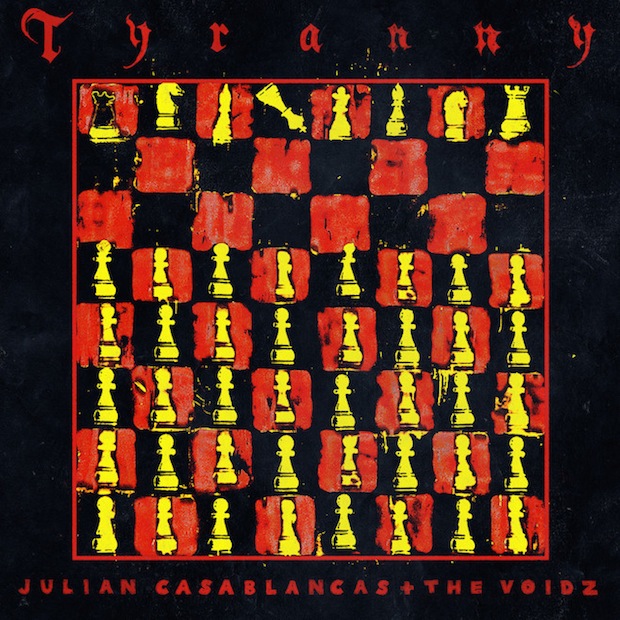