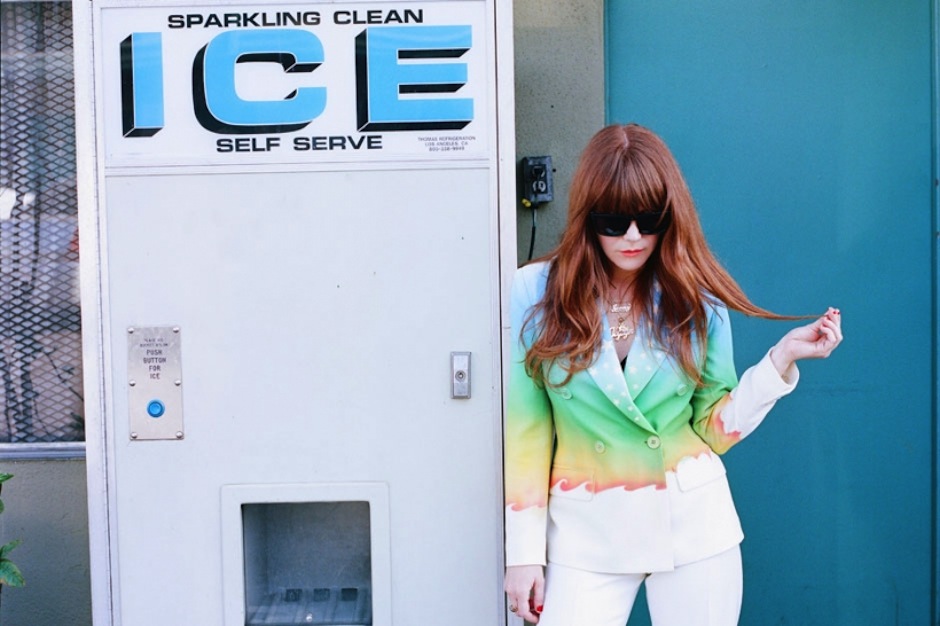 Leave it to Jenny Lewis to make the ticking of a biological clock sound as laid-back as a sunny Southern California morning. The singer for the now-defuct Rilo Kiley recorded most of her July 29 solo album The Voyager with Ryan Adams and his studio partner Mike Viola, but her Los Angeles singer-songwriting peer Beck produced “Just One of the Guys” about a year and a half ago. As that pairing suggest, it’s ambling, sun-dappled, and slightly twangy folk-rock, with immaculate attention to detail and an unmistakable backing vocal from Mr. Morning Phase himself. But what’s most jolting is the 38-year-old former child star’s blunt assessment of the “one difference between you and me: / When I look at myself all I can see / I’m just another lady without a baby.” Check out our recent interview with Lewis about the follow-up to 2008’s Acid Tongue. She’ll be appearing on IFC’s Comedy Bang! Bang! on June 5, singing backup for Zach Galifianakis, and you can watch a preview over at Vulture.