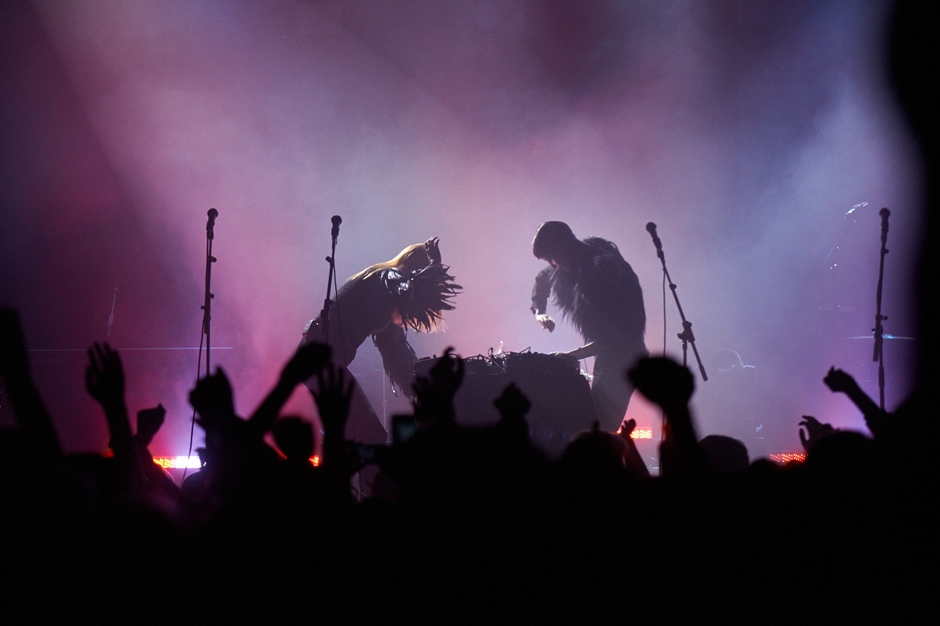 Caroline Hjelt and Aino Jawo’s world-shattering single “I Love It” made Icona Pop a household name upon in 2012, but much of the ’90s-indebted music they’ve released in its wake (including their debut LP This Is… Icona Pop) has been pale and muted if only in comparison the electro-pop unruliness of their inescapable hit. But today the duo has reemerged with a new single called “Get Lost,” that finally picks up the neon-tinted rebelliousness that marked that earlier release.

Some will balk at the totemic, EDM-flavored synth parts that function as the building blocks of this song, but the sweetness of the duo’s gang vocals more than round off those sonic jagged edges. That’s not to say that, however, that Hjelt and Jawo have lost their edge. This track’s chorus, like the one on “I Love It,” is built on an undeniable, punky platitude (“leave this whole fucked up world behind”).

There’s no word yet whether “Get Lost,” which debuted this morning on Swedish radio, precedes a full-length album, but in the meantime look forward to the track’s massive hooks following you around for a while. Stream it below, via Stereogum.

Icona Pop, Who Are Quite Good, Release Quite Good New Single, ‘Weekend’