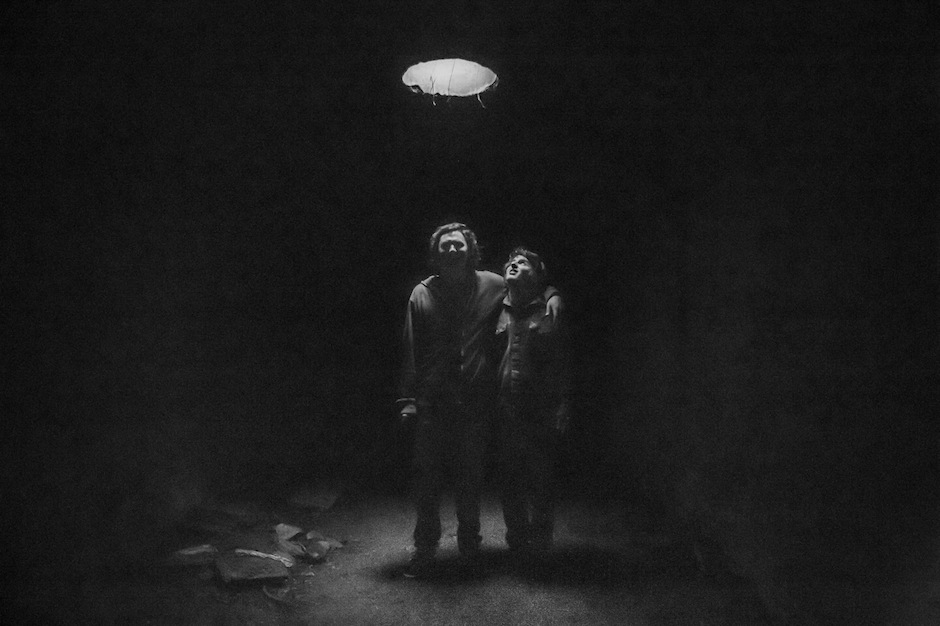 New Jersey pop-punk duo the Front Bottoms have spent the better part of four records mining some fragile, forlorn, and well-tread emotional territory, but their folky bent to familiar thematic concerns has proved enough to distinguish them from the horde of disparate bands slapped with the label “emo revival.” Now, they’ve shared a new single called “Twelve Feet Deep,” which dips even further into their nostalgic and delicate bag of tricks.

Drawn from a forthcoming EP called Rose for Bar/None, “Twelve Feet Deep” centers on the usual strains of Brian Sella’s nasally vocals and reedy acoustic guitars, and allows simple platitudes the space they need to hit their emotional mark. In print, Sella’s declaration of “Now we’re dancing / We are so drunk / We are so cool / We are so punk” reads like adolescent sketchbook ramblings, but in the context of his lyrical reminiscence — and aided by an uplifting trumpet line — it feels pretty heavy in a high school kinda way.

Listen below and look out for Rose which is out June 17, before the duo heads out on tour with Say Anything.