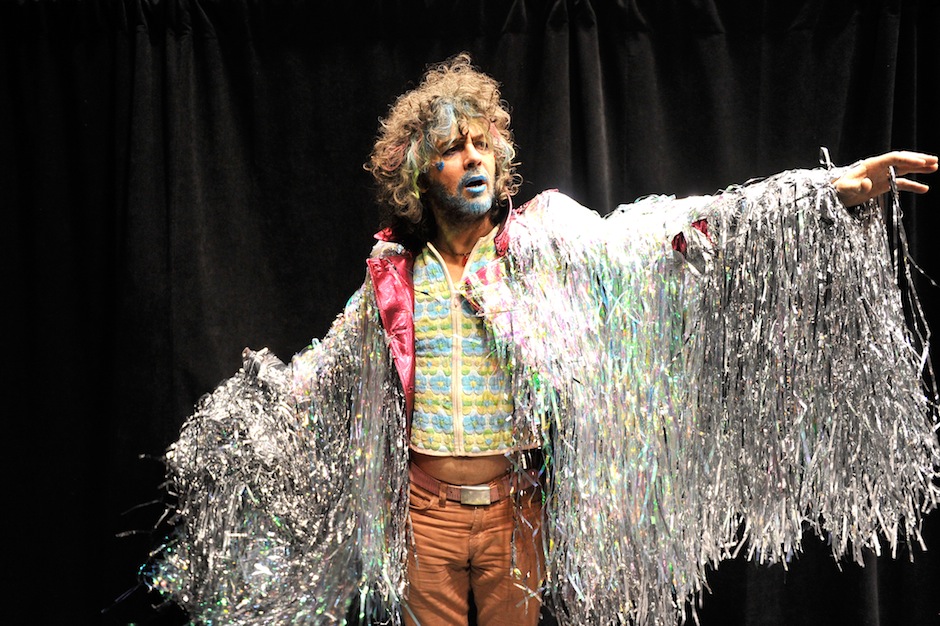 Aside from firing longstanding bandmembers and sharing questionable Instagram posts, Wayne Coyne has also been hard at work on a debut LP with his long whispered-about Flaming Lips side project, Electric Würms. On August 18, Warner Bros. will release Musik, die Schwer zu Twerk, which translates roughly to “music that’s hard to twerk to” (we think). The band’s first single, a cover of Yes’ “Heart of the Sunrise,” is out today on iTunes.

Fuse first reported on the existence of the psych-prog group in April of last year, and in the intervening time the Würms have quietly posted a few in-studio clips to YouTube, hinting at the cosmic depths they’re aiming to explore. Based on these videos, which preview both their Yes cover and a jam based on Miles Davis’ Live Evil version of “Directions,” it appears Flaming Lips utilityman Steven Drozd fronts the project, which is also aided by the Nashville psych band Linear Downfall.

According to The Future Heart, who originally posted the videos, MGMT, Daniel Huffman (a.k.a. New Fumes), and Flaming Lips players Derek Brown and Matt Duckworth are also rumored to be involved in the making of the purportedly six-song set. There’s also a song credited to Electric Würms on the Flaming Lips’ forthcoming Sgt. Pepper’s Lonely Hearts Club Band tribute, With a Little Help From My Fwends.

You can check out the in-studio clips below, alongside what The Future Heart claims is the album’s track list.