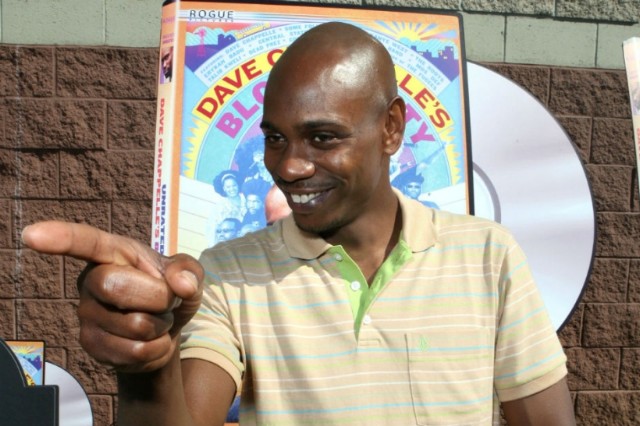 Dave Chappelle is back, and he’s cagily — almost mystically — beginning to open up about why he was ever gone in the first place. On June 18, the former star of Comedy Central’s Chappelle’s Show kicks off a series of performances at New York’s Radio City Music Hall, where he’ll be joined from June 24 to 26 by the Roots, Erykah Badu, Janelle Monáe, and more. Last night on Late Night With David Letterman, the actor and comedian brilliantly deflected the host’s questions about why he suddenly left Chappelle’s Show in 2005. And when Chappelle did answer, it was in the form of a quasi-parable about money.

“I don’t talk about it,” Chappelle said of his departure in a preview clip from the interview. “Listen, here it is: Technically, I never quit. I’m seven years late for work.”

In the full interview, David Letterman kept pressing. And Chappelle, well — for a taste, here he is when asked if his departure was mysterious: “I don’t know if it was mysterious or not mysterious. It was like living in the corner of perception and reality. You know what I mean? It’s a weird place to be. When everyone though Wesley Snipes was in jail, I saw him at a party.”

Finally, Chappelle pointed to financial reasons for his decision to get out of Dodge during production of the show’s third season.

“I look at it like this: I’m at a restaurant with my wife — it’s a nice restaurant and we’re eating dinner,” he told Letterman. “I look across the room and see this guy eating dinner and I say, ‘You see this guy across the room? He has $100 million, and we’re eating the same entree.’ Okay, fine, I don’t have $50 million or whatever it was. Let’s say I have $10 million in the bank — the difference in lifestyle is miniscule. The only difference between having $10 million and $50 million is an astounding $40 million. Of course I would like to have that money.”

Understandably, Chappelle expressed ambivalence about the amount he must’ve given up when he walked away. After recycling his recent stand-up line that still having integrity means he can “make my kids some integrity sandwiches,” he explained:

“It’s a very complicated answer because I felt a variety of ways over the last years. Whenever there’s something I’d like to have that I could have afford but I can’t now, then I’m upset about it. But then when I see a guy who goes to a job that’s time consuming and he doesn’t have free time to do things I get to do, then I feel good about it.”

Chappelle did acknowledge that if he had more money, he “might be a happier person.” And he put in terms of a certain Shawn Carter. “Sometimes I listen to a Jay Z record and starts making me feel bad about some of the choices I’ve made,” Prince’s muse said. “This guy has had more fun on two songs than I’ve had over the last 10 years.” Now, if only the Skrillex crowd-surfer could help figure out where Mos Def has been keeping himself these days (both have spent media-averse time in South Africa).