How does it feel... to be the most expensive rock manuscript of all time? 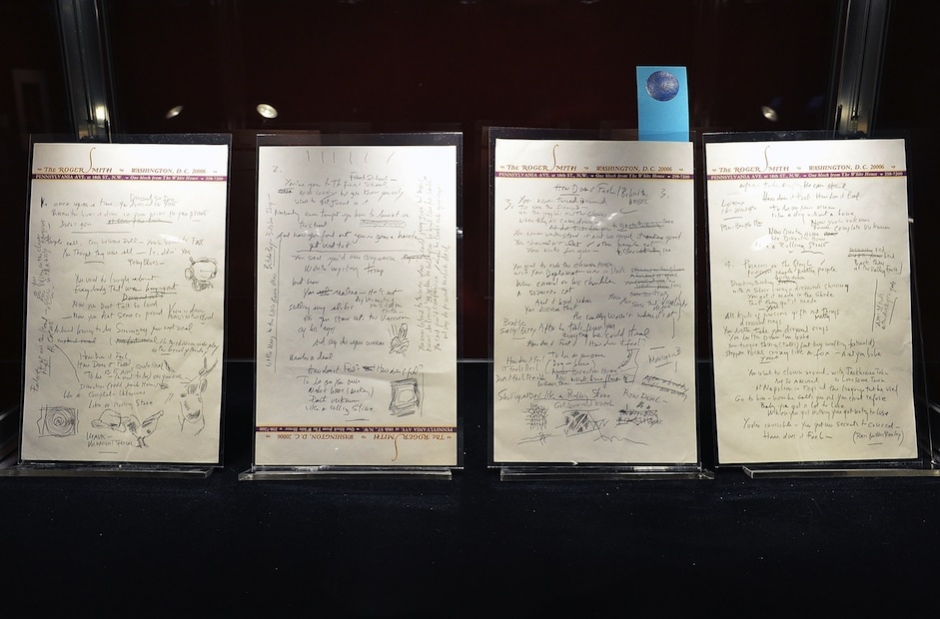 Though Bob Dylan’s ’80s output was celebrated earlier this year on a compilation featuring covers from Built to Spill and Reggie Watts, it’s his ’60s material that remains his most beloved. Today, a pretty significant piece of memorabilia from that era has been acquired by a collector. According to Rolling Stone, a draft of Dylan’s classic “Like a Rolling Stone” sold for a world record $2 million in a Tuesday afternoon auction at Sotheby’s.

Written on stationary from Washington, DC’s Roger Smith Hotel, this draft features a handful of unused phrases and strange doodles in addition to the classic “how does it feel” line. It’s hard to make out those clauses in the above picture of the manuscript, but the New York Times reports that he was batting around rhymes like “it feels real,” “does it feel real,” “shut up and deal,” “get down and kneel,” and “raw deal,” among a handful of other eventually scrapped lyrics. Sotheby’s says this is “the only known surviving draft of the final lyrics for this transformative rock anthem.”

This sale nearly doubles the previous record price for a rock manuscript, which was held by a 2010 sale of John Lennon’s draft of “A Day in the Life” for $1.2 million.

The seller’s identity was withheld, but according to Sotheby’s he’s a longtime fan who met Dylan in a “non-rock context” and bought the manuscript directly from him. And now he or she is $2 million richer.