The Black Keys’ Latest Beef Is Actually a Burger 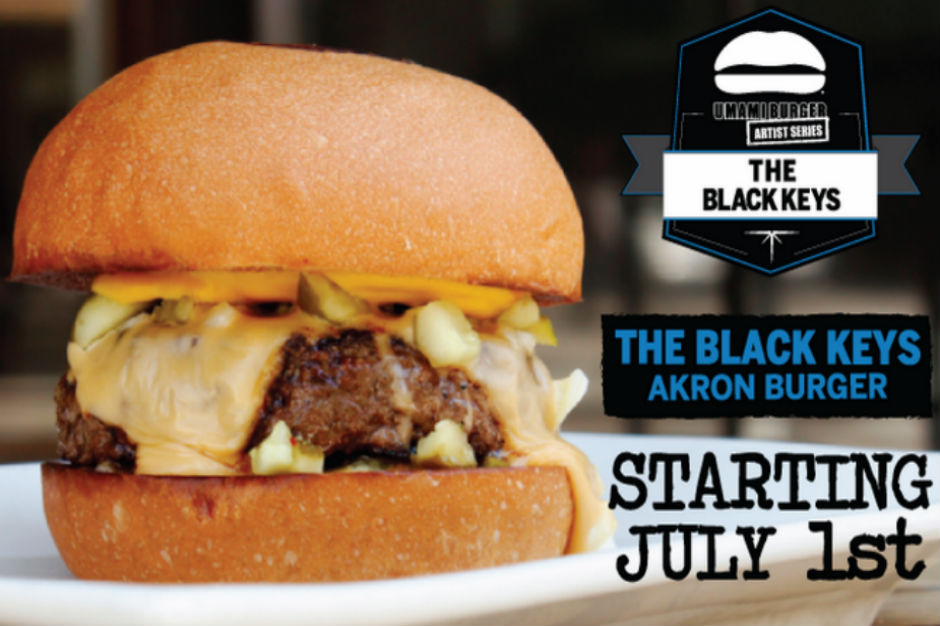 Noted beef lovers the Black Keys have had a turbulent history when associating with major companies. Sometimes they’re raking in the dough for lending their songs to car and phone commercials, while other times they’re suing brands who use sound-alike tracks to hawk their products. Their latest bit of endorsement seems like a slam dunk, though, with Umami Burger creating an all-new menu item in honor of the blues-rock duo.

Starting July 1, carnivores around the country can feast on the Black Keys Akron Burger, which features a beef patty, Velveeta fondue, “secret sauce,” yellow mustard, chopped onions, and dill pickles on the chain’s signature bun. One dollar from every purchase of the $13 dish will go to the Keys’ Alfred McMoore Memorial Fund, an Akron, Ohio-based charity that aids local residents who are battling mental illnesses. The duo of Dan Auerbach and Patrick Carney started the endowment in 2010 and named it after a local artist who suffered from schizophrenia, and also inspired their band name. Carney’s journalist father knew McMoore by covering his work in the city, while Auerbach’s art-collector dad bought some of McMoore’s drawings.

“Seemingly used as an insult, McMoore often told people their ‘black key was taking too long’ when he couldn’t immediately get in touch with them,” reads an article on the foundation’s website. “Jim [Carney, Pat’s father] said he believes the term ‘black key’ referred to something that was ‘off-center,’ or ‘not quite right.’ In most people’s eyes, Alfred McMoore was exactly that.”

People who buy the dish can also enter into a raffle to win tickets to an upcoming Keys show in Los Angeles, as well as autographed merch. But really, who cares about that when you can eat a burger with Velveeta fondue?