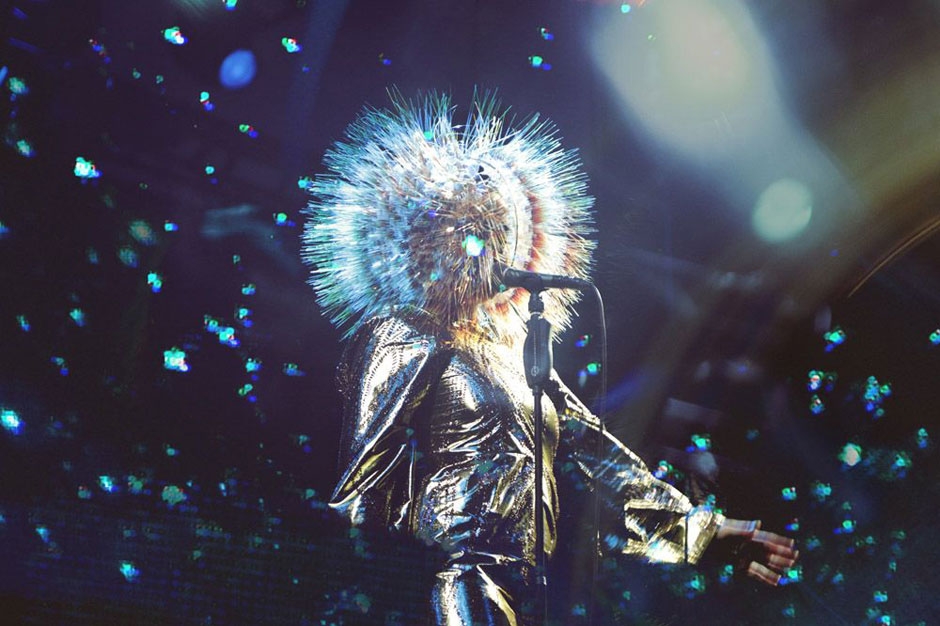 Death Grips released a surprise new record on Sunday Night called niggas on the moon that purported to feature Björk on each of the album’s eight tracks. Now, in a Facebook post of her own Björk has confirmed her appearance on the record and registered her enthusiasm for SPIN’s 2012 Artist of the Year.

In the post, she refers to herself as the band’s “found object,” subtly suggesting, perhaps, that these were not traditional, straightforward collaborations (either they sampled her pre-existing songs, or chopped up original vocals she’d sent to them). You may remember that the noise-rap group has a bit of experience chopping up Björk’s vocals, having contributed to a remix collection of her 2012 album Biophilia, so their love affair is at least that old.

Download niggas on the moon over at Death Grips’ own Facebook, and read the Icelandic singer’s full, creatively punctuated statement here: “i am proud to announce my vocals landed on the new death grips album ! i adore death grips and i am thrilled to be their “found object” ! i have been lucky enough to hang and exchange music loves w/ them and witness them grow !! epic : onwards !!”