Don’t ask Kaytranada to make another remix. The young Haitian-born, Montreal-based producer (real name Kevin Celestin) did indeed rise to international recognition by way of cheeky dance-floor edits: His tribute to Teedra Moses’ R&B classic “Be Your Girl” and his soulful remix of Janet Jackson’s “If” brought him over a million plays on SoundCloud. Transforming unassuming tunes into joyful, percolating club singles has made him a marquee-name DJ who can readily play L.A.’s popular Do-Over party one week and a Hong Kong club the next. But he doesn’t want other artists’ works to define him. “All those remixes are whatever to me,” says the producer over the phone from Montreal. He’s at the mall with his brother the same day they’ve dropped a mixtape, made together as the Celestics, called Supreme Laziness. “I can’t be mad at it. People still learn about [the Janet Jackson remix] like it’s a new song, but I can’t stay there doing that forever.”

The remix came out almost two years ago, right as Kaytranada dropped his previous moniker, Kaytradamus, and took a swipe at the trending, rhythm-less, drop-obsessed popular dance music landscape of the time. In the ’90s, “If” helped redefine Jackson, who was shifting from aggressive, multifarious pop to a sleeker, more sophisticated R&B sound. Today, the remix has inadvertently come to define Kaytranada too. In the opening bars Kay inflates Janet’s airy vocals; they float up, helium high, until they graze the stratosphere. That’s when the undulating, unstoppable bass line hits, prompting the song to collapse into an undeniable groove. It’s a beautiful take, riffing on soul’s long-time influence on house music and the genre’s history of black creators and innovators. The track inevitably complemented the new mainstream fascination with and conversational shift toward R&B. And, like Janet, it’s timeless.

Over the years, Kay has also released two EPs of original music ranging from head-nodding, perfectly imperfect, Jay Dee-inspired beat instrumentals, enervated with triplet hi-hat menace, to tweaky, giddy dance-floor singles like “At All.” Collaborators include kindred experimental beat-makers like Sango and a new cohort of rappers unafraid to dabble in dance-music styles indigenous to their cities. (Washington D.C.’s Goldlink and Chicago’s Vic Mensa, for example.) This spring Kay helped usher Mobb Deep into 2014 by producing a song from The Infamous Mobb Deep called “My Block,” a gut-rattling, digitized replica of the neck-snapping, rose-outta-concrete loops of East Coast rap. All of these ideas unselfconsciously intermingle on his recent .zip release, Whatever.

On a new, still-untitled EP, Kay wants to formalize his ability to synthesize nostalgia and current trends and, by signing a deal with XL Recordings, he has found a label to match. “I only signed for one EP but I am stoked about it,” he says. “They’re more experimental and interested in what’s cool in music, so I’m happy.” So far, the forthcoming, self-described “up-tempo neo-soul” release is confirmed to feature collaborations from Vic Mensa, drum visionary Kariem Riggins, and singer (and fellow Montrealer) Shay Lia. Categorically reminiscent of acts like Zhane, Sa-Ra Creative Partners, J’Davey, and even DaM-Funk, the sound Kay is going for is epitomized by one song, “Nights Over Egypt” by Detroit-born, D.C.-raised producer Zo! 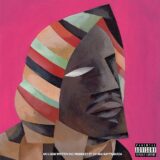 IDK and Kaytranada Keep It Simple

“Zo! is a really talented producer who did an EP of covers that is so good,” says Kaytranda. “But the way the drums were on this song? And that swing? That’s up-tempo neo-soul right there.” Unlike D’Angelo, who recently advocated in favor of calling the style “black music,” Kay isn’t averse to using the word neo-soul to describe some of his work. “There’s no bad neo-soul song. It’s a genre of music that you want to vibe and kick back to, it makes you feel some way,” he says. “I’m trying to bring that ish back, so calling this ‘up-tempo neo-soul’ is about trying to fill a gap of something that I think was rare in music.”

He has expansive goals for the future too: He wants to play a show back home in Haiti, spend more time in Montreal, and he hopes to bring some grit back to rap through his production. On his sibling team-up for Supreme Laziness, Kay works through this as well, rapping a small verse on a track called “The Man.” “I still think sampling is an important part of hip-hop and I think that’s what’s missing right now,” he says. “It was more raw and gritty and in your face as opposed to being clean. That’s why hip-hop doesn’t feel like what it was.” This quaint, almost naïve, approach to nostalgia is refreshing for a DJ so frequently dubbed as a dance artist. However, his ability to master brilliant, feel-good DJ sets still registers as unparalleled by his peers. (“If you was from London, you’d be a fucking legend by now,” crowed an MC during Kay’s set at XOYO earlier this year.)

There’s nothing particularly radical about what Kaytranada is doing, but in an era of faking cultural literacy, Kaytranada’s fidelity to his influences comes across as refreshingly unaffected. He has never been satisfied staying in one lane; in conversation, he’s most excited when geeking out over playing alongside Stones Throw’s J-Rocc at The Do-Over. “He’s my favorite DJ ever, so that was pretty crazy,” he says. “The way he mixes and the momentum to how he plays his music — J-Rocc is mad funky and plays anything he wants. I love those types of DJs.” That openness shows in his own work. In the trend-driven medium of SoundCloud-famous producers, Kaytranada has managed a fait accompli: He’s delivered us safely into a post-drop, post-club trap world.

best of 2014 so far, Kaytranada, This Is Happening