Amnesty Apologizes to Iggy Pop for Making Him a Belieber

In an official announcement on their website, Amnesty International apologized to Iggy Pop for putting words about Justin Bieber in his mouth for their anti-torture campaign. To drive home their tagline, “Torture a man and he will tell you anything,” the Belgian wing of organization depicted a beat-up version of the Stooges singer superimposed with the words, in French, “The future of rock’n’roll, it’s Justin Bieber.”

It seems that Amnesty’s first wrong move was using the man’s likeness without obtaining permission. “Even though we acted in good faith,” they wrote, “we would like to apologise to Iggy Pop for having done so.” Okay, fair enough. But it was clear to literally every single person who ever saw the ad that the rock gawd wasn’t actually endorsing the Biebz, right? Maybe not so much, after all…

“We would … also like to make it clear that the statement attributed to Iggy Pop that he believes Justin Bieber is the future of rock and roll does not represent Iggy Pop’s personal opinion but was part of the creative process for this campaign.” The organization also created a similar ad featuring a shot of the Dalai Lama advocating consumerism to further their point, but have since removed both images in order to smooth over unintended repercussions.

In case there’s still any confusion, however, regarding Pop’s view on Biebz, the ad “was intended to be ironic.” 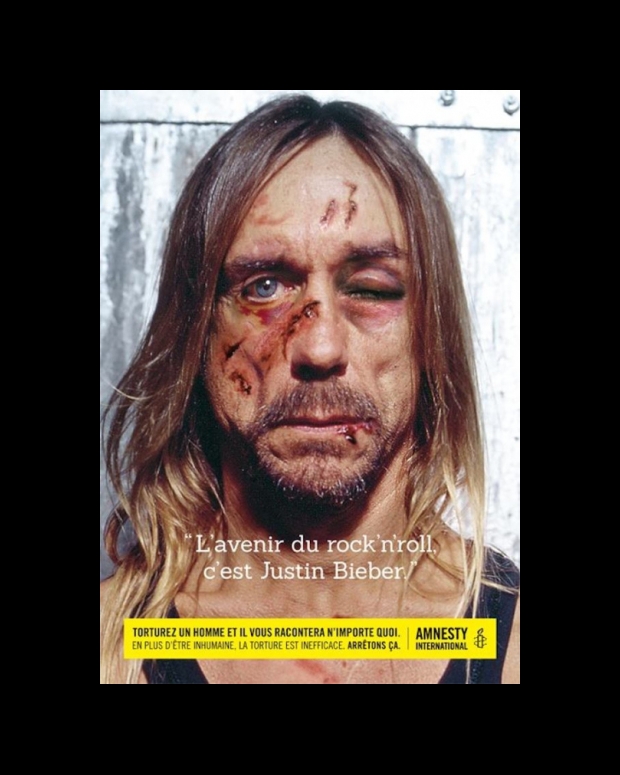 To generate awareness about our campaign against torture, Amnesty International Belgium French speaking section used an image of Iggy Pop without his authorization.

Even though we acted in good faith, we would like to apologise to Iggy Pop for having done so.

The overall goal of this campaign is to try to influence people’s ideas on the use of torture. According to surveys, a shocking number of people believe that “torture may sometimes be useful”; more than 36% of people even think that torture is justified in some cases. This is unacceptable, and we illustrate this reality with the message that a man who is tortured will say anything in order to escape this awfulness, using provocative images and statements to attract public attention. We would therefore also like to make it clear that the statement attributed to Iggy Pop that he believes Justin Bieber is the future of rock and roll does not represent Iggy Pop’s personal opinion but was part of the creative process for this campaign and was intended to be ironic. The image has been removed.

For the launch of our latest campaign against torture, the image of His Holiness the Dalai Lama was used by our section (Belgium french speaking) and was widely shared on the internet. Although the Dalai Lama was not the target of the campaign, we understand that this image has caused particular concern in some quarters. We have therefore chosen to remove this picture from our digital material in order not to cause any furtherupset and ensure people’s attention remains focused on the real aim of this campaign: to stop torture.

We apologise for any upset caused by this image. 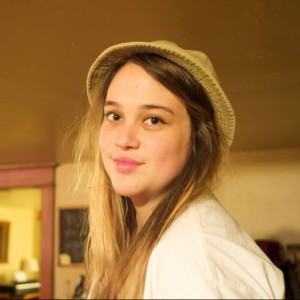