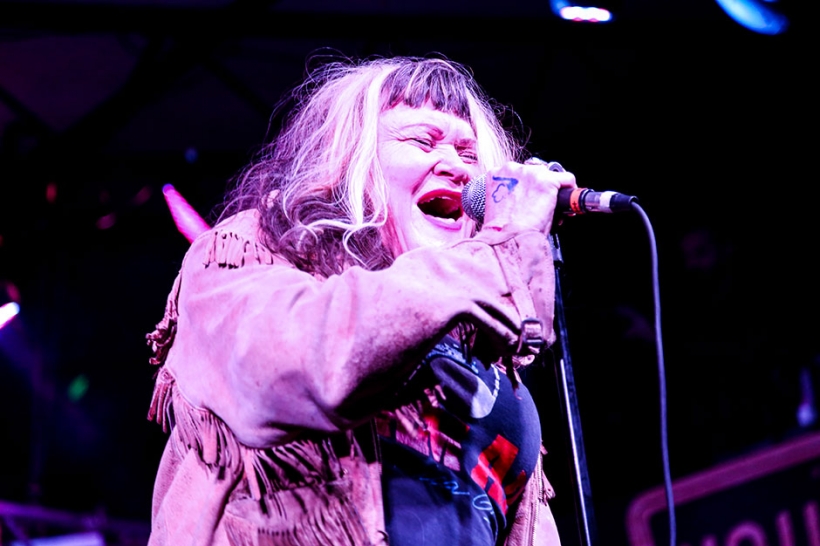 As Los Angeles punk rock icons X get set to play their classic albums live in Hollywood this summer, singer Exene Cervenka has made some statements that many fans might find … troubling, to say the least. Earlier this week, she tweeted links to videos that claim the recent Santa Barbara, California mass shooting was staged as part of a conspiracy to promote stricter gun control laws. “Sick of these hoaxes,” she wrote.

As Radio.com points out, the 58-year-old joins the ranks of “truthers” who attempt to prove that tragedies like the Boston Marathon bombings and the World Trade Center attacks were actually masterful frauds. She contends that Elliott Rodger’s murderous rampage in Santa Barbara and the Sandy Hook school shooting in late 2012 were meant to take away citizens’ defenses against the government. In a video flagged by the blog Dangerous Minds in March, Cervenka calls herself a “conspiracy therapist.”

A rep for X didn’t immediately reply to a request for comment. The band, which also features vocalist/bassist John Doe, is set to play its first four albums in full from July 10 to 13 at Hollywood’s Roxy Theatre. Tickets go on sale May 30 at 10 a.m. PDT via Ticketfly.

Earlier this year, Cervenka held an estate sale, looking to unload instruments, antiques, her own original art, and various pieces of punk history. The Daily Show’s Jon Stewart recently looked back on the time he ended up holding someone else’s gun during a brawl at an ’80s-era X show. In 2009, Cervenka announced she had been diagnosed with multiple sclerosis, but the disease of the central nervous system hasn’t stopped her from putting out solo records and playing live with X.

I added a video to a @YouTube playlist http://t.co/UfpSgLgGMM Santa Barbara Shooting Staged For Gun Control