The Antlers Seek Peace in the Unknown on ‘Familiars’

When Peter Silberman, frontman for the Antlers, read the funerary text Tibetan Book of the Dead this past fall, he started thinking about people’s inner lives: personal demons, interior dialogues, and the difference between one’s past and present selves. While writing his band’s soon-to-be-released fourth album, Silberman manifested “those different voices as actual characters, as if they’re actually talking to themselves,” he says. “It was helpful to characterize different components of personalities.”

If the Antlers’ past full-lengths are any indication, Silberman had a lot of mental anguish to sort through. On the Brooklyn trio’s exquisitely depressing 2009 Frenchkiss label debut, Hospice, Silberman compares his then-girlfriend to a dying patient and himself to her caregiver, while 2011’s lush and emotive Burst Apart finds him trying to peel himself off the floor and understand what went wrong. On the forthcoming Familiars, due June 17 in the U.S. via Anti-, Silberman aims for some “earned relief.”

His songwriting process was “kind of an investigation into yourself that leaves you with a sense of peace,” he says. “I can really only do that for myself and hope that translates. That’s something a lot of people go through, calling their life and assumptions about themselves into question.”

Lyrics like, “If you’re quiet you can hear the monster breathing … Do you hear that gentle tapping? My ugly creature’s freezing,” on Familiars‘ foreboding second track, “Doppelganger,” hint at Silberman’s dark sides. The singer explores his vocal range as well, abandoning his ethereal falsetto to scrape raggedly at his lower range like Nina Simone, one of his inspirations. 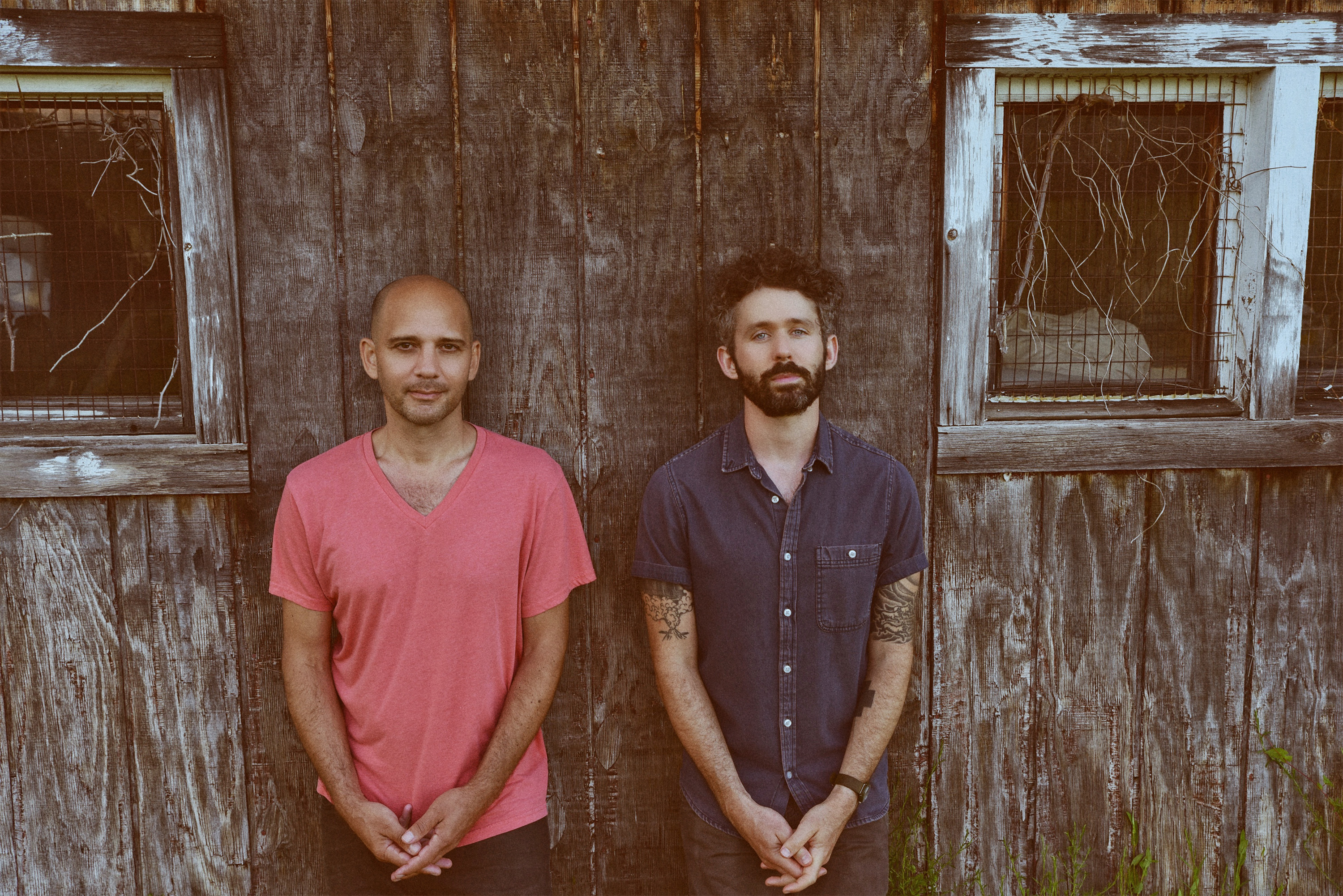 Multi-instrumentalist Darby Cicci, meanwhile, moves away from his hallmark — gorgeous synthesizer haze — to embrace piano, bass, and jazz studies he hadn’t picked up in nearly five years. “It opens up a new way of thinking about music,” Cicci says, “after you get frustrated with one thing or one style, get in a feedback loop of sorts.”

After experimenting with Cicci’s radiant trumpets on 2012’s stopgap EP Undersea, the Antlers wanted a warmer sound indebted to the Memphis Boys’ soulful, late-’60s recordings. They also didn’t want to mix another one of their own records, which had always been “a marathon to the finish” consisting of multiple all-nighters, according to Silberman.

“It’s too hard to go through the creative process and then also have to deconstruct it in the mixing process,” adds Cicci.

So, the Antlers recruited producer Chris Coady (Grizzly Bear, TV on the Radio, Beach House) for mixing duties. “He’s got a huge affection for really crappy effects, but he knows how to use them so you get beautiful sounds out of cheap equipment,” Cicci explains. “Gives a lot of grime to things.” Using a ’70s CBS radio compressor, Coady lit up Familiars with a brassy, Motown feel especially obvious on album standout “Hotel,” with its low-down guitar licks and organ-backed breakdown. The warmer instrumentation contributes to that aforementioned “earned relief.”

Still, Silberman clarifies that the LP closes with “not exactly a happy ending” — after all, what kind of Antlers album would that be? — but one that leaves listeners peaceful after some self-reflection, rather than lying emotionally drained on the floor.

In The Studio, The Antlers