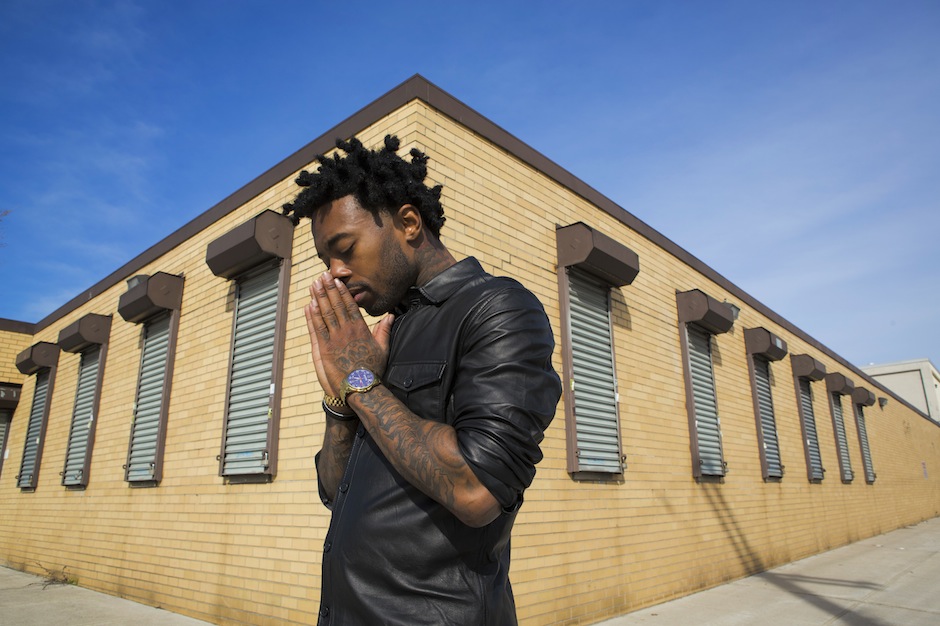 The opening, title-song to Charlotte-based rapper Deniro Farrar’s forthcoming Rebirth EP uses a floating beat as the base for real talk and laments about his family. “Rebirth” is immediately answered by the fervid, melodramatic “Hold On.” Together the tracks fuse into one bipolar opener (“Rebirth/Hold On”) that exemplifies Farrar’s histrionic attitude on a track. His nagging reality, where he owns up to his responsibilities, adds even more down-to-earth stakes to the rapper’s personalty; Farrar has always excelled at down-in-it street tales delivered with a scrappy maturity. The deeply empathetic “Notice,” a song addressed to a single mom, stays from getting corny (or creepy!) and sits comfortably next to the epic trap-tinged gangsta rap track, “Bow Down” (which featuring Raider Klan associate Denzel Curry), and the compellingly hopeless, Lunice-produced banger, “Burning Bills.”

Like Freddie Gibbs & Madlib’s Pinata, Rebirth is a record that thrives on the tension between traditional street rap confessional and out-there production. Perfect for Deniro Farrar; a rapper that seems to be growing up and finding his voice a little more with every release as he sneaks further away from occupying the confessional, demon-haunted cloud rap theme that defined his work when he arrived a few years ago. Deniro Farrer’s Rebirth EP is due May 19 via VICE/Warner but you can stream it exclusively at SPIN below.