A Quarter of Spotify Songs Are Skipped in First Five Seconds

Younger users are more likely to move onto the next 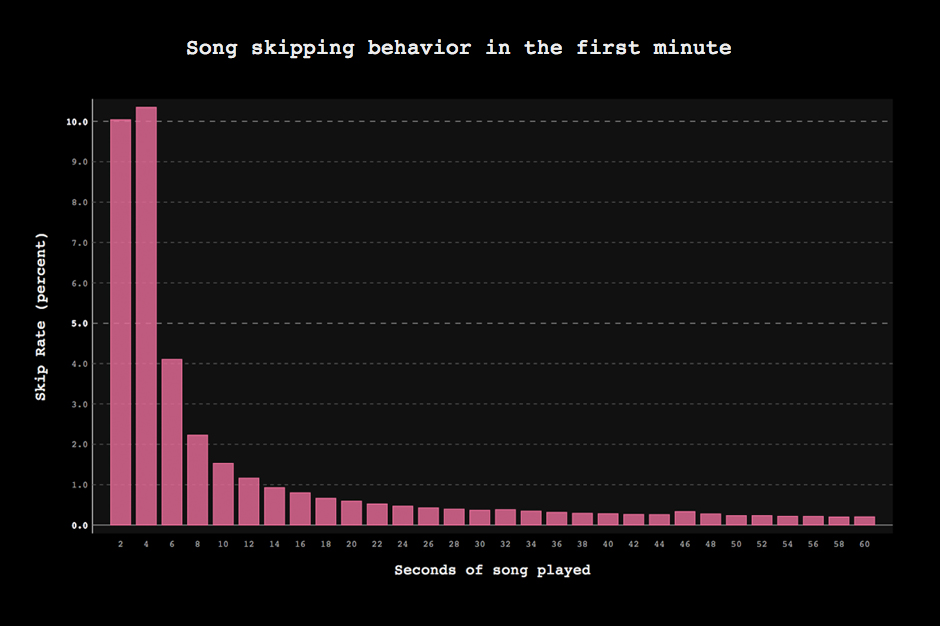 Nearly half of all songs played via Spotify are skipped before they finish, according to data provided by the company’s internal analytics system. Paul Lamere of The Echo Nest — the company behind those fascinating music maps — compiled the information and prepared his own report on the phenomenon for his personal Music Machinery blog. Spotify acquired The Echo Nest in March for an undisclosed amount, and Lamere, Director of Developer Platform, came with.

“This is my first deep dive into Spotify data,” he writes, later summing up his study thusly: “When we are more engaged with our music, we skip more, and when music is in the background such as when we are working or relaxing, we skip less. When we have more free time, such as when we are young, or on the weekends, or home after a day of work, we skip more … [But] on average, we skip nearly every other song that we play.”

Indeed, he found that nearly 48.6 percent of the time, users regardless of demographic move on before the song reaches its natural end. Somehwat disturbingly, 24.14 percent of all plays are aborted in the first five seconds. Perhaps unsurprisingly, the younger a user is the more likely she is to skip. Mobile users too are more prone to hit “next” than desktop listeners. There’s no significant difference between male and female users. Time plays a part, though.

Check out a few graphs below, and read the entire report here, via Digital Music News. 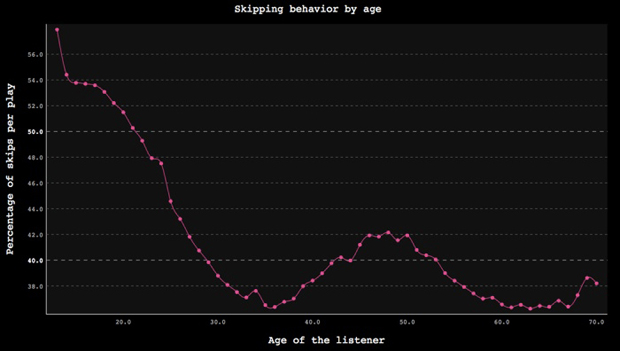 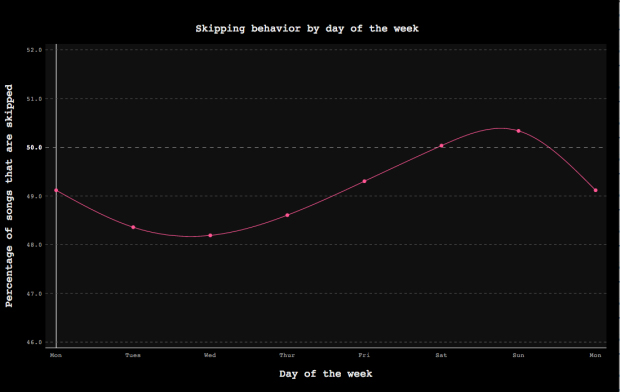 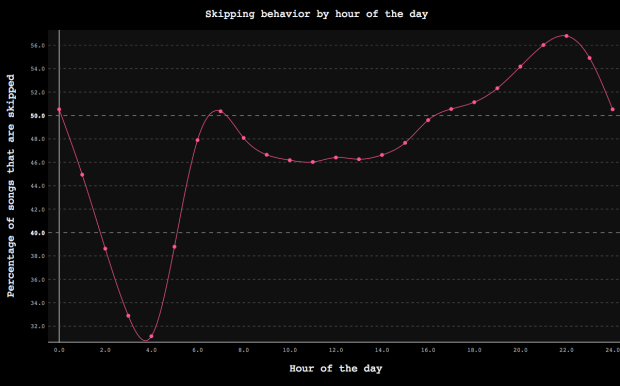