Robin Thicke Plans to ‘Get Her Back’ With New Album

Pop star wrote and produced his entire next new album, due out July 1 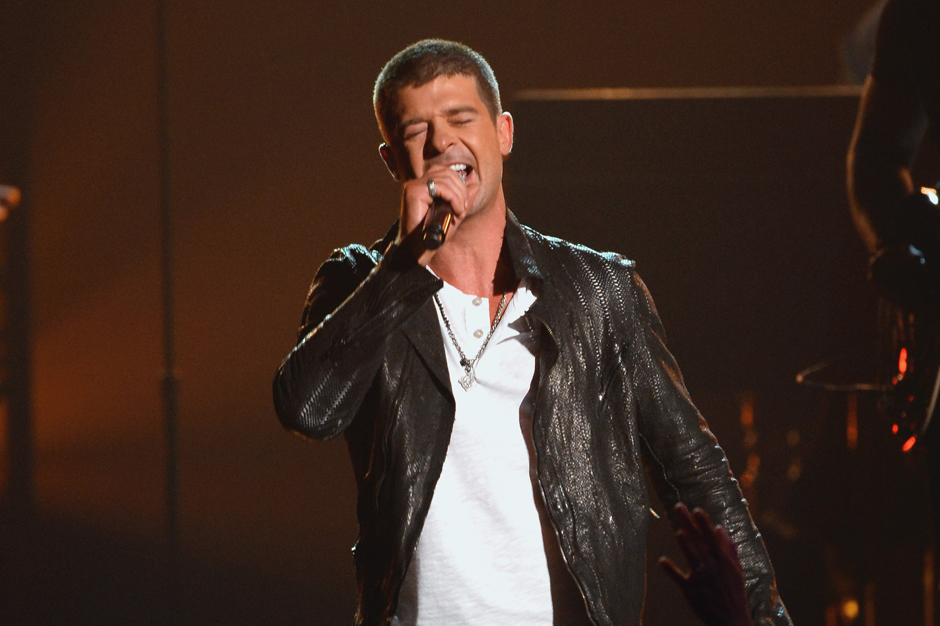 When Robin Thicke was remade in the image of a bona fide pop star, the Justin Timberlake comparisons began to fly. Now the Los Angeles-reared singer, songwriter, and producer is taking another page from the book of his boy band-bred buddy — he’s releasing two albums within a year of one another. On July 1, Thicke will follow up his incredibly successful Blurred Lines with a brand new set, though this one aims to be a return to his older, more humble sound.

While few details have yet been shared about the album, we know it’ll be released on Pharrell Williams’ Star Trak (with Interscope), but that the entire thing will be written and produced by Thicke. If the unsubtly titled first song, “Get Her Back,” is any indication, the man’s seventh LP will present a made-over, more sensitive Thicke (down to the haircut), who is focused predominantly on the task of winning back his estranged wife and childhood sweetheart, Paula Patton.

With lyrics like, “I should’ve kissed you longer / I should’ve held you stronger / And I’ll wait for forever for you to love me again,” you’d be right to assume this could get a little awkwardly intimate, and also that we’re all pawns in a very obvious ploy. Of course, the alternative is that he and Patton never really did separate, and that this has all been part of a grand plan to sell a shit-ton of records. Either way, it sounds kinda nice so far, musically speaking: