See Who Has the Biggest Vocabulary in Rap

From Aesop Rock to DMX, and all the hip-hop wordsmiths in between 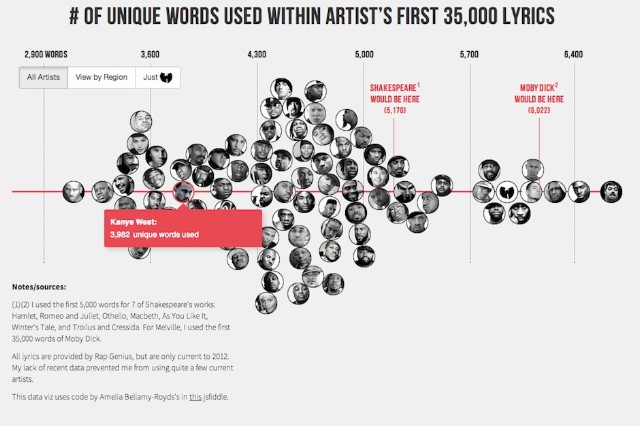 New York-based “designer, coder, and data scientist” Matt Daniels has taken on a number of nerdy, statistically minded rap projects over the years. Most recently, Daniels decided to do some mining and uncover “The Largest Vocabulary in Hip Hop.”

Drake, Too Short and DMX all fall about 3,000 unique words shy of the Shakespearean benchmark, maybe proving that it doesn’t take a showy vocabulary to make a great record.

You can check out the full chart, and get exact figures on each rapper’s lyrical vocabulary, over at Daniels’ website.