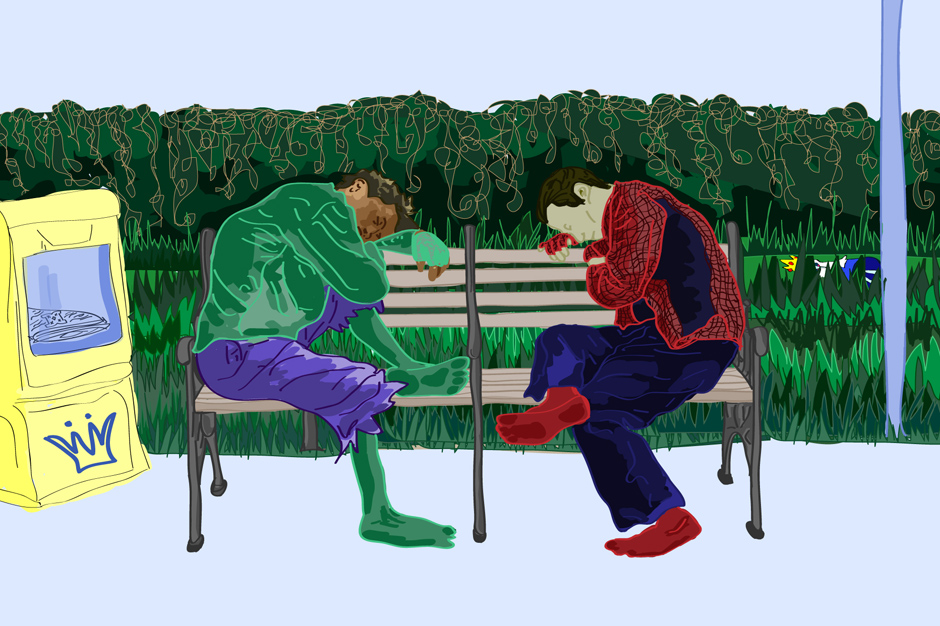 Open Mike Eagle is a Project Blowed alum who honors that estimable past by continuing to poke and prod at hip-hop’s future. In 2010, the Los Angeles MC’s style was rightly defined by his then most-recent album title: Unapologetic Art Rap. But in 2014, he’s preparing for the June 10 release of Dark Comedy, a 13-track set that’s just as aptly named. That’ll include guest appearances from comic Hannibal Buress and ex-Das Racist dude Kool A.D., but our latest taste is unadulterated Eagle.

“Very Much Money (Ice King Dream)” finds our host in sing-rap mode, apparently empathizing with a certain Adventure Time villain as he coos, “My friends are superheroes / None of us have very much money though / They can fly, run fast, read Portuguese / None of us have very much money though.” The dreamy production comes courtesy of U.K. ambient experimentalist Ultra Combo, and Open Mike sounds right at home. Our August premiere “Qualifiers” will also appear on Dark Comedy, which is up for CD, vinyl, and iTunes pre-order now.

L.A. residents can catch Eagle at The Mint tonight, May 1, for a “live listening party” that’s set to include special guests. The rest can listen in right here: